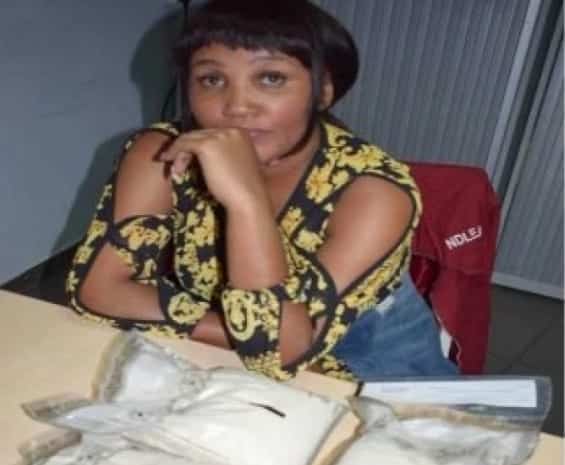 Angela Wairimu arrested in Nigeria: A Kenyan model was on Monday night arrested while trying to smuggle 6.5kgs of cocaine in Nigeria.

According to a statement by the National Drug Law Enforcement Agency (NDLEA) at the Nnamdi Azikiwe International Airport (NAIA), 33-year-old Angela Wairimu was arrested on arrival from South Africa.​

NDLEA spokesperson Jonah Achema stated that the suspect had concealed the illegal substance in the false bottom of a travelling bag which also had two parcels of cocaine.

“Wairimu who shuttles between Kenya and South Africa claimed to be a modeling expert and a trader in clothes and cosmetics.

“According to her, a friend in South Africa approached her to assist an unknown person to deliver the briefcase containing wears in Nigeria which was brought to her at the Airport through an errand boy,” said Achema.

Also, Wairimu confessed that she had an ailing daughter and the situation has put her under financial pressure.

Kenyan Woman Arrested in Thailand with Cocaine in the…

“She denied being under any financial inducement but confessed that her daughter was suffering from acute leukemia which put her under financial pressure,” Achema said.

Authorities at the airport labeled the seizure as one of the biggest in recent times and warned traffickers that they are well trained to detect their tricks.

Airport employees were also cautioned against assisting traffickers and those found guilty will face the full force of the law.

Homeless Kenyan in Austria Acquitted of Murder After Pleading Insanity