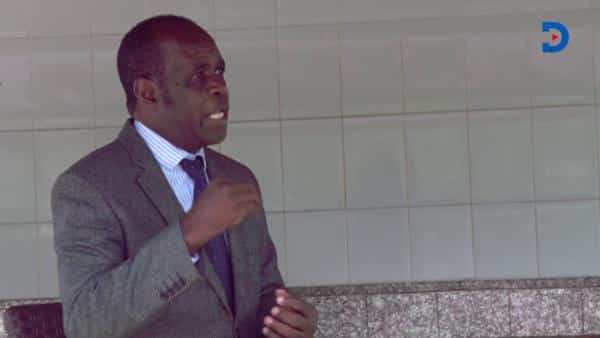 I cheated on my wife-Deya: How far would you go to protect yourself from prostate cancer?

For Bishop Gilbert Deya, the answer is simple – cheat on your wife.Speaking to Standard Digital during an exclusive interview, Deya said he was in England for 15 years and “could not be (sic) without a woman”.

But is there a link between one’s sexual health and their chances of getting prostate cancer? A 2016 European Eurology study showed men who have sexual intercourse frequently are less likely to develop prostate cancer.Deya is not new to controversy.

He made headlines in 2018 over the miracle babies saga.Now Deya distances himself from the spiritual scam, accused his wife Mary of the tribulations that befell on them, which include stealing children in Mountain View Estate, Nairobi.In May 2018, the ‘Miracle babies’ preacher was granted a Sh10 million bond.

Deya is accused of stealing five children. The trial is ongoing. He spent close to a year at Kamiti Maximum Security Prison, but he is now out after a nine-month sojourn following deportation from the United Kingdom.But Deya says his stay at Kamiti was an act of God.He added that the prison violates basic human rights and should be checked.

Shame: Kenya poor performance at the World Travel Market in…

The buckets inmates are supposed to use when relieving themselves are kept in the same packed cells that hold up to 50 people.He compared the prisons in Kenya to those in Britain, where each inmate is allocated a cell with a toilet and a computer.“It was traumatising and unhealthy … it was a horrific time,” the preacher said of Kamiti Prison.

Improving Kamiti cells by calling for better toilets and improved visiting area was part of Deya’s mission at the prison, he says.But questioned further on why he didn’t mix with other criminals and instead operated from a VIP cell, the preacher said the decision was made by British inspectors.“Even if I chose to stay with 50 inmates, it would not be proper.”

He castigated the media, to a point of threatening to sue, for reporting that he has been charged with child trafficking. Deya is accused of stealing five children.On the matter of stolen children, Deya said only his wife knows if he fathered the children.

One of the children listed as stolen was born while he was out of the country. He says he knows little about whether they were stolen.So were they miracle babies?“There are miracles…To me Gilbert Deya as a person, excluding my wife, I have never done a miracle beyond the medical people (sic).

The women who claim got children … that was the work of my wife, I was not in the country.”Deya added that his wife may have cheated on him while he was out of the country, conceived and gave birth.“The way it happened I cannot explain … the worst part is that the parents of the baby (whom the wife is suspected of stealing) were not found.”Deya and his wife are no longer together.

One would question how a pastor who left his wife would counsel couples.But Deya says even Apostle Paul from the Bible had no wife yet he advised faithful on marriage.He said Christians are wrong to judge clerics on their marital status.

Anyone who does so is “primitive”.“Are people going to talk about my marriage affairs? They shouldn’t. Jesus never married anyone.”Archbishop Deya purports to enjoy more following in West Africa and contemplates setting up his African headquarters in Nigeria once he is done with his case.

Protests as Kenyan teen shot multiple times by cops in US

Grand reception as Uhuru arrives back from The Hague

Bull’s Eye: How do you get to Ngilu’s heart?