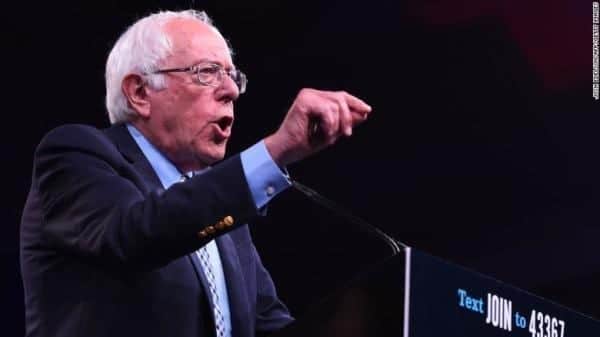 African women Must Abort to prevent global warming-US Presidential Candidate: Bernie Sanders came clean on the true nature of the hidden political agendas. At 77 years of Age, Sanders in a slip of the tongue revealed the truth about globalists and their agenda. He told the truth about what his administration would do with poor African women.

Recently, Bernie Sanders declared that he would tie abortion and other birth control policies to climate change! He noted that he would use his executive powers, if elected as President of the United States, to encourage poor countries to abort babies in order for the world not to boil over from climate emissions given out by the presence of more children (i.e., population growth). When Barack Obama visited Kenya, he included this same declaration in a speech that was ignored by the Kenyan Media, who blindly worshiped at his feet. He also argued, like Mr. Sanders, that Africans cannot be allowed to develop and own cars and refrigerators because this was not good for global warming and climate change!

Those of us who understand the underlying political nonsense of climate change voiced our protest against then-President Obama’s statement; however, our voices were ignored given that the so-called Kenyan Media elite had a bigger microphone and declared our protest against such a nihilistic approach to our women’s rights to bear children “un-informed”! The truth is African countries do not pollute. These are the countries that do: China (30%), as the world’s most populated country, has an enormous export market, which has seen its industry grow to become a serious danger to the planet. African nations also fall below the world’s largest industrial countries for pollution—the United States (15%), India (7%), Russia (5%), and Japan (4%), as well as European Union nations. All these coutries are industrial.

These nations also have the largest populations. Therefore, as argued by my conservative friends, global warming has nothing to do with what these nations really want for Africa. They are driven by RACISM! There is a historical belief among these nations’ liberal elites that Africans are sub-human and they cannot do anything right! Therefore, their continent must be controlled by developed nations. The way to do that is to control their right to life, liberty, and the pursuit of happiness. Africans cannot be allowed to have any independent thought or practice. This includes their God-given right to procreate. They must be stopped so that these nations can have better access to Africa’s gold, diamonds, silver, oil, uranium, and other natural resources that are only found on the African continent.

It is also for this reason that many liberal Western elites would want African countries to be governed by individuals who do not hold true to religious values. The reason is because faith, especially Christianity, espouses the idea that man is sacred. Therefore, those who believe in God find it morally repressive to suggest that children can be systematically eradicated for financial gain.

Unless Christian candidates like William Ruto establishes a very strong team to guide their 2020 bid for Kenya’s presidency, there are forces that will do everything to deny them that opportunity. Ruto’s Christian stand does not blend with the ideas espoused by Bernie Sanders, Barak Obama, and those who do not believe in Africa being an industrial continent.

These forces believe in a subjugated Africa whose only right is to listen to the Western and Eastern countries and eat any garbage these ‘mother hens’ suspend above their heads in a proverbial African nest!

Barack Obama on Africans should not be allowed to own cars: