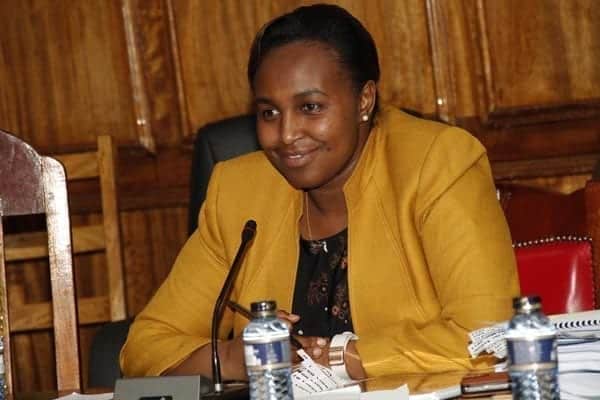 During cross examination by her lawyer Dunstan Omari before Magistrate George Gesora, Ms Kitany described the scenario as one of a “willing buyer, willing seller.”

“I didn’t lure him to Sopa Lodge. I confirm that we went there on our own terms. Kindly permit me, if I may, to use the words willing buyer and willing seller,” she said.

“On issues to do with love, love is love and that cannot be compared to knowledge from books; it’s about trust. This is my position,” she continued.

In her testimony, the former chief of staff at Deputy President William Ruto’s office accused the lawmaker of swindling her together with her relatives.

She told the court that Linturi used property titles and documents for his selfish gains. Kitany noted that he (Linturi) forged her and her mother’s signatures at some point.

Kitany who skipped court on Tuesday to mourn Linturi’s father also denied being aware of the Meru legislator’s first marriage to a Ms Mercy Kaimenyi.

“I understood he was divorced and that’s why he came to my home. He was free and available to marry … He defrauded me and my relatives … he is a fraud,” said Kitany.

The businesswoman intends to call 28 witnesses.

The divorce case will no longer be streamed live but will still be heard in public. This was after lawyers from both parties agreed to only block live coverage of the case after having a private discussion with the magistrate that saw a consent signed and adopted in court.

The case has been postponed to September 24.