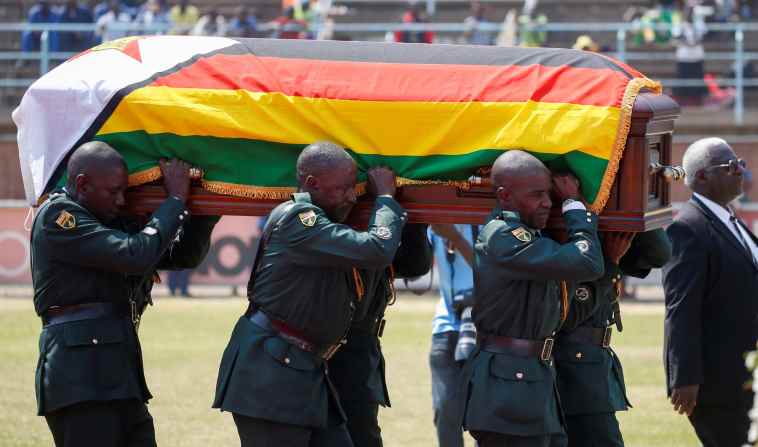 No state memorial for Robert Mugabe,to be buried in Village Home: The family of the Late Zimbabwean President Robert Mugabe has finally reached an understanding over the burial ground. It was announced on Thursday that the family had decided to put their wrangles aside and give the strongman a peaceful send off in his home village in Zvimba.

The government on the other hand agreed to correspond to the terms of the family which is against their earlier stand to have the leader buried in a state memorial.

“The government has agreed to correspond with the family’s new stand to have Mugabe buried in his home village. We are more focused on giving him a good send off for the role he played in our country,” read the statement from Government Spokesman, Nick Mangwana.

The family has linked the Statesman’s death to the forceful and dramatic dethroning that had him resign with the Vice President taking over. The family ideally added that since the dramatic ouster, his health deteriorated and finally took a toll on him until his death.

According to the new plans, his body will be transported 90 Kilometers from West Harare where he will be given a good send off with the family and government in agreement to take care of the burial plans.

VIDEO: Life In The Village Where I Grew Up By Bob Mwiti

From going to school barefoot in a Village to flying and…

Traditions and cultures are also expected to be observed in honor of preserving the former statesman’s legacy.

Tense Moment: Kabogo, Others Held up in Closed Door Meeting With Ruto