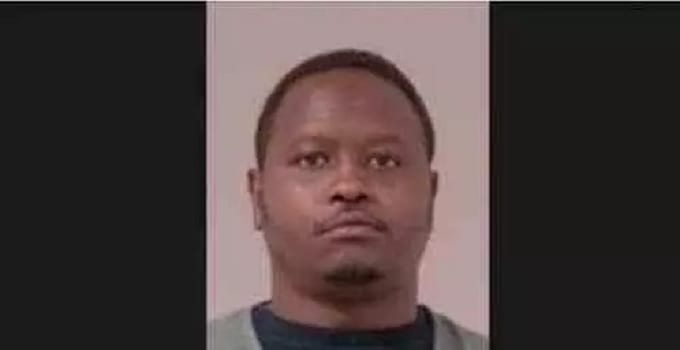 The duo; Francis Ndegwa Kamau and Kenneth Wagacha Kibe are said to have taken advantage of the woman at Mystic Lake Casino in March.

Kamau, 39, was arrested in Minneapolis. On August 8, he was booked at Scott County Jail in connection with third-degree felony criminal sexual conduct.

The woman who apparently ives in a group home for people with cognitive and physical disabilities, on the material day notified casino security personnel about the ordeal.

The security officers then reported the matter to the police.

It is said that on March 30, Kamau and Kibe approached the victim at the casino buffet. Moments later the three were seen entering a hotel room. They were in there for about an hour.

During her medical exam, the woman said that the two men tried having sex with her but she asked them to stop.

She further noted that Kamau told her that he wanted to “give you a baby.”

Kibe on the other hand admitted to filming part of the assault ordeal. He is yet to be arrested but is just like Kamau, facing third-degree criminal sexual conduct for sexual penetration of a person who “is mentally impaired, mentally incapacitated, or physically helpless.”

Should they be found guilty, the duo could spend 15 years behind bars or pay a Sh3 million fine or both.

Kamau’s case will be mentioned on October 21.

Help for High School graduate who has not joined Collage