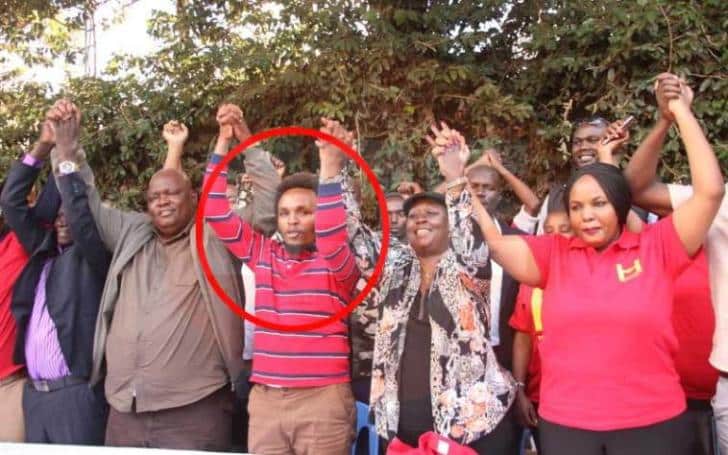 There is growing discontent within Kenya’s civil service as President Uhuru continues to look for some of his associates whose only qualification is that they are young and naive to appoint into senior positions.

According to sources within the Public Service Commission and various ministries, “President Uhuru is fond of appointing slay queens and campaign thugs to positions which should be reserved for individuals with a greater mastery of the statecraft.”

President Uhuru recently appointed his young campaign mobiliser and social media parrot Zack Kinuthia to the position of Chief Administrative Secretary in the Ministry of Education. The position was formerly held by distinguished professor Collete Suda. Prof. Suda who is also the wife to Supreme Court Judge Jackton Ojwang was moved to the women-focused Ministry of Gender affairs as a CAS.

The position of Chief Administrative Secretary (CAS) has been equated to that of the Assistant Minister in the previous arrangement. While it’s not anchored on the constitution, President Uhuru and his now rebel Deputy President William Ruto, have used them to reward those they consider to have been loyal to them in the campaigns or during his administration.

Another curious and inexperienced appointee is Nadia Abdallah who was made the CAS at the ICT, Innovation and Youth Affairs Ministry. Just 28 years old and almost clueless on how the civil service works, Nadia and Zack have been appointed because of their close association with Uhuru and Raila.

Nadia has been a teaching assistant at the Braeside School while she is also continuing with her studies at the USIU – Africa where she is taking courses in International Relations. She is an alumni of St. Mary’s School which is also the alma mater of President Uhuru Kenyatta.

Civil Servants who have worked through the system for years and moved from clerical positions to directorships or even Chief Secretaries have been overlooked by President Uhuru whose main reason for the appointments is “they are young.” The president might have been looking for shortcuts to answers to questions of his appointees were mostly very old men.

State employees who spoke to KahawaTungu insisted that President Uhuru won’t leave a legacy because he fumbles with incompetence as he doesn’t think his actions through.

“He is groping in the dark and not aware of what he is doing to the morale of state employees or even where he wants to take this country,” one commented.