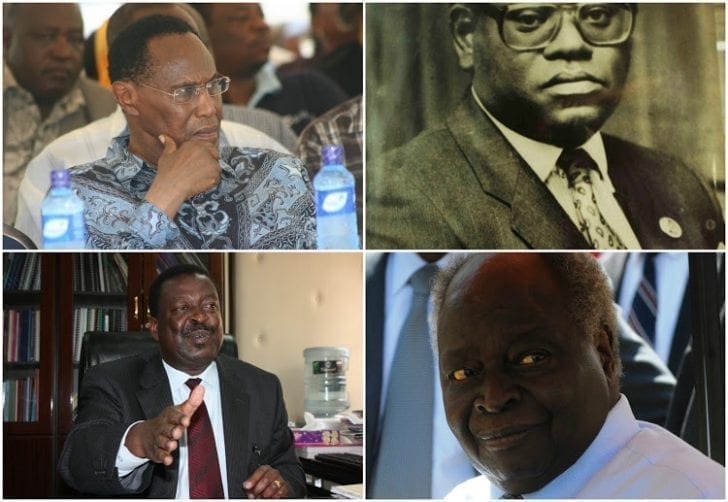 As Kenyans mourn the death of retired president Daniel Moi, we remember the man who ruled the country firmly with an iron fist for 24 years.

During his tenure, he appointed four vice presidents to work as his principal deputy.

Here are the Vice presidents who served under him;

He resigned to avoid an ongoing vote-of-no-confidence in the Kenyan Parliament.

He was accused by the now late Hon. David Mwenje Member of Parliament for Embakasi Constituency of wanting to overthrow President Daniel arap Moi’s government by soliciting help from foreign nations.

His large network of friends was from the west – mainly the US and Britain – where he had been a High Commissioner and Ambassador.

The speculation was fuelled by his wife being from a foreign country (Uganda).

He was accused of displaying the stunning beauty at a time when political wives were never seen nor heard.

Saitoti became Kenya’s longest sitting vice-president serving for 13 years between May 1989 and January 1998 and again between April 1999 and August 2002.

At the same time, he served as Minister for Finance. In 1990–1991, Saitoti was the Executive Chairman of the World Bank and the International Monetary Fund (IMF). 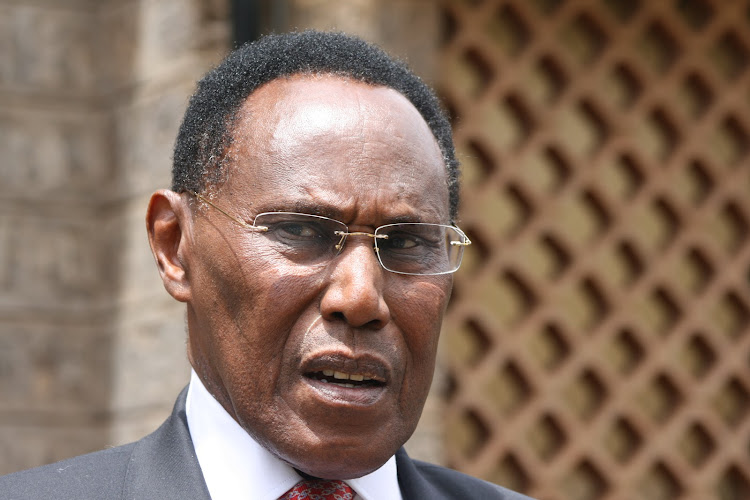 The hallmarks of Saitoti tenure as Vice-President were efficiency, sobriety and loyalty as President Moi’s most trusted lieutenant.

Even when President Moi dithered in naming a new deputy after the 1997 elections, Saitoti was still his favoured choice 14 months down the line.

The same traits of efficiency, patience and loyalty would later make him one of President Mwai Kibaki’s trusted Ministers.

Mudavadi served as the seventh Vice President of Kenya in 2002 and as Deputy Prime Minister from 2008- 2012.

In late 2002, Mudavadi was the last and shortest-serving Vice-President of Kenya under  Moi.

Mudavadi was appointed in an unsuccessful attempt to bring the then Western Province votes into the camp of KANU, which had been the party of government since independence.

Mudavadi ran for Vice-President as Uhuru Kenyatta’s running mate in the 2002 election.

Born in 1931, Kibaki is a Kenyan politician who was the third President of Kenya, serving from December 2002 until April 2013.

Kibaki was previously Vice-President of Kenya for ten years from 1978 to 1988 under Moi.

Kibaki served as an opposition Member of Parliament from 1992 to 2002.

He unsuccessfully vied for the presidency in 1992 and 1997. He served as the Leader of the Official Opposition in Parliament from 1998 to 2002.

In the 2002 presidential election, he was elected as Kenya’s third President.