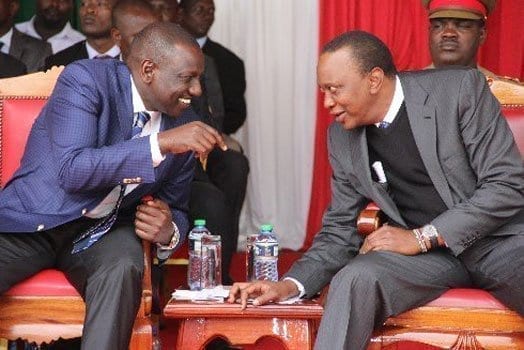 Strangely, exactly one year later (March 22, 2020), the user handle on twitter [email protected] – sent out a tweet from the blues.

“Covid—19 is a global pandemic. Everyone should take their responsibility to enforce the recommendations from the ministry of health. So far, we have tried but we need to do even better. It’s not time to point fingers, but to unite, inform and help where necessary #IgnorantKenyans,” reads the tweet.

However, in president Uhuru’s case, the username remained inactive for exactly one year, raising questions as to who the individual sending out tweets under the president’s former handle could be.

The new account is unverified and currently has 641 followers and counting.

The account has so far sent out 12 tweets, with the latest shared on March 23, quoting the president’s latest directive concerning the Coronavirus epidemic.

“Government will take severe action on those who do not adhere to measures we have put in place risking the lives of all of us – President Uhuru Kenyatta #coronaviruskenya,” it reads.

Back in 2018, a Twiplomacy study (by Burson Cohn & Wolfe (BCW), an international communications agency), showed that President Uhuru was the most followed leader in Sub-Saharan Africa, followed by Rwanda’s Paul Kagame – @PaulKagame, and Nigerian President Muhammadu Buhari – @MBuhari, with more than 1 million followers each.

Most heads of state and government officials across the world have a presence on Twitter, which they use or varying reasons, but mostly to send out information and, rarely, to interact with their citizens.

The official communication following the unexpected suspension of President Uhuru’s social media accounts was that it had been hacked. 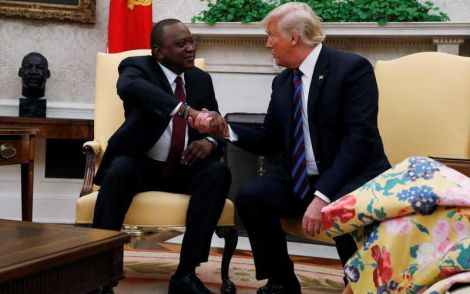 President Uhuru Kenyatta and US President Donald Trump during a meeting in the Oval Office at the White House in Washington on August 27, 2018.