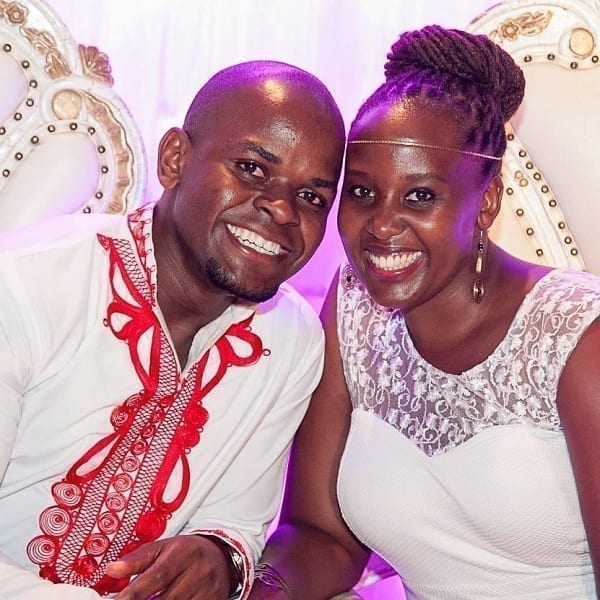 When you hear the name Esperanza Nyong’o, the first question that clicks in your mind is “Are Esperanza Nyong’o and Lupita Nyong’o sisters?” Your guess is right. She is Lupita’s baby sister and the daughter of Anyang Ngong’o, a famous Kenyan politician and the current governor of Kisumu County.

Esperanza is a Spanish name meaning hope or expectation. Just as her name suggests, Esperanza Nyong’o is a multitalented soul who aspires to give hope to as many people as possible. Although she may not be as famous as her big sister, she has made a name for herself in sports and charity work.

You’ve probably been wondering, “Does Lupita Nyong’o have siblings? Well, you will be surprised to know that the award-winning actress has five siblings. Esperanza Nyong’o is her baby sister, and she leads one of the most successful yet private lives. Here are 5 five facts about Esperanza Nyong’o.

Some people can only speak one language in their lifetime, not because they don’t have the opportunity to learn other languages, but they lack the skill and knowledge of mastering other languages. Esperanza Nyong’o has shown excellent skills in mastering five languages. She speaks fluent Dholuo, which is her mother tongue. Besides Dholuo, she also speaks English, Kiswahili, Spanish and German.

2. She wedded in a 300-guest by invitation only

Most people dream of having a unique wedding. Esperanza chose to invite only 300 guests in a private hotel. She got married to her longtime lover Dadi Masesa Nyabiya, who is an IT expert at the KPMG network. The two tied the knot in the year 2015 at a strictly private event.

The glamorous event was held at the Great Rift Valley lodge in Naivasha, one of Kenya’s most expensive hotels. Those without invitation cards were not allowed into the wedding venue, which left the gate crushers heartbroken. The event was attended by famous personalities such as Hon. Raila Odinga, the former prime minister of Kenya and senator Omar Hassan. Her sister Lupita was among the brides at the wedding. Esperanza Nyong’o and Lupita Nyong’o were seen taking countless pictures to mark the big day.

Esperanza is actively involved in charity work. She agreed to volunteer at the Africa Cancer Foundation, a charitable organization based in Nairobi that creates awareness on the prevention, management, and treatment of cancer in Africa. She took on an administrative role at the organization on a full-time basis for one year without pay. While at the foundation, she had the duty of carrying out daily administrative and planning tasks such as organizing cancer screenings for the public.

Besides charity work, Esperanza also has a soft spot for sports in her heart, which could be the reason why she decided to pursue a sports management course. When she was studying at United States International University (USIU) in Kenya, she was actively involved in the ladies’ football team.

4. She went to the United States International University

For her higher education, Esperanza joined the United States International University (USIU) in Kenya in 2008 to study a Bachelor of Science course in International Business Administration. She graduated from USIU in 2012. After graduation, she proceeded to the Universidad Europea, where she studied Master of Business Administration (MBA) in Sports Management. She did her internship at the Embassy of the United States of America, where she carried out market research about Kenya’s trade opportunities

5. She hails from a family of famous people

Esperanza’s father, Peter Anyang Nyong’o is a well-known politician in Kenya and the governor of Kisumu County. Her sister Lupita Nyong’o is a well-established actor who has won several awards, including the Oscar awards.

Esperanza’s mother, Dorothy Nyong’o is the managing director of the Africa Cancer foundation, a charitable foundation based in Nairobi, while her twin sister, Fiona Nyong’o is a great and well-known fashion designer. Her brother Peter Nyong’o plays soccer as a goalkeeper. Zawadi Nyong’o, her other sister, is a feminist and a successful business woman.

There you have it; a comprehensive list of facts about Lupita Nyong’o’s sister, Esperanza Nyong’o. Her mission in life has always been to use her passion and love for sports, music, and dance with her acquired skills to give hope to as many people as possible.

Tuko.co.ke reported on how Hollywood-based and Kenyan-born actress Lupita Nyong’o authored a book aimed at inspiring girls of colour, adding another feather to her cap. The ravishing thespian named her first ever publication, Sulwe, which is a Luo word for star. Sulwe is a children’s picture book which aims at sending a powerful message to girls of colour. Lupita’s yet to be released book talks about the heartwarming and whimsical story of a young girl named Sulwe who goes on a journey to discover her own unique beauty.