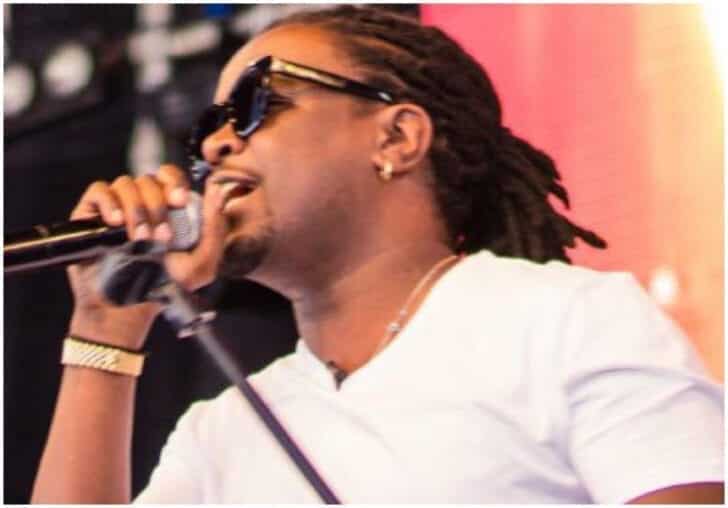 Nyashinski’s music journey started way back when he part of Kleptomaniax; a group that changed the Kenyan music industry. Back then, Robba, Collo and Nyashinski were the hottest males in the industry; and their rap bars made it impossible not to love them.

However, it got to a point where the boys had to quit the group; in order to focus on other things like studies and work. Nyashinski however moved to the United States with his family; an experience he recently opened up about on his first episode of his YouTube show.

Speaking to senator Sakaja, Nyashinski went on to reveal that he had completely quit music when he moved abroad. This is because he probably hoped to land a better job; but little did he know the tough life awaiting for him in the States. He went on to openen up saying;

“When we moved abroad, I had completely quit music. I was working back in the States as a truck driver, I used to drive a lorry, trying to survive. That experience taught me a lot. Two things that were life-changing for me back then was one, when I was here, I was a star.”

Nyashinski speaks on living in USA, why he relocated back to…

According to Nyashinski, the celebrity life he was used to back in Kenya was reduced to nothing. Life in the States humbled him to a point he started missing the special treatment he was used to.

“People recognised me everywhere and we were doing what we loved. I moved from a place where I was known and getting a bit of favours here and there to a place where no one knows me. No special treatment and you must work because you have to eat. That was coupled with the fact I was used to having people around me to a lonely life of driving a truck.”

The celebrated singer and hit maker went on to add that his life at some point got so lonely. Driving around for long hours left him feeling like he was trapped in a cage; hence teaching him to make good use of the little time he could spend with fellow drivers.

“There you are alone for over 16 hours. You only stop to fuel, sleep, shower and use the bathroom. So you find yourself enjoying small conversations with people you meet for five minutes. At least it was away from that cage. I accepted that this is my life.”

Message from a Kenyan student in Cuba

PHOTOS:Another Beautiful Skyscraper Set To Be Built in Upper Hill

Prayer predators: A wake up call, not a gateway to mock the church!