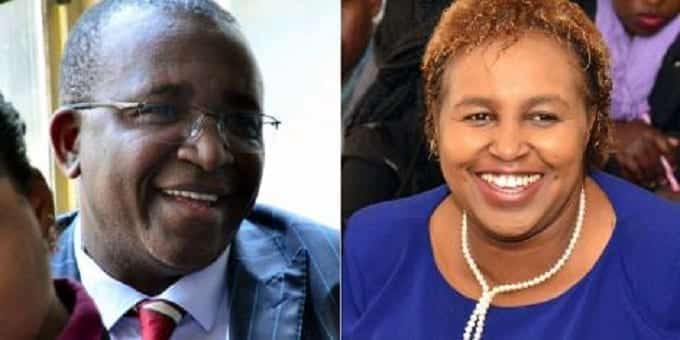 Meru Senator Mithika Linturi has landed a major win in court in a case where he is embroiled in a property dispute with his former lover Marianne Kitany.

Barons Estates Limited, a company associated with Kitany had moved to court seeking to sell three parcels of land whose title deeds had been used to secure a Ksh530 million loan.

The loan, guaranteed by Barons, was given to Atticon Limited, a company associated with Senator Linturi by a local bank.

The company, whose director is Collins Ng’etich, Kitany’s son, in an application to the court stated that it only guaranteed Ksh 326,250,000, further accusing Linturi of increasing the loan secured on the property to Ksh530 million.

Central to their application were allegations of fraud and forgery against Atticon Limited, Senator Linturi, Emily Nkirote Buantai, and Litany Investments Limited.

Barons told the court that it had found a willing buyer for the property for Ksh 400 million, and sought to have Ksh326 million be deposited in a joint interests-eaning account in the name of the advocates for the buyer and the bank.

They also sought to have title deeds released by the local bank upon the successful sale of the property.

High Court Judge, Justice Wilfrida Okwany, however, ruled that permitting the sale of the property was equivalent to rewriting the contract between the two companies.

Justice Okwany established that Barons Estates and Atticon Limited had voluntarily entered into the agreement.

“The court cannot interfere with the terms of the said agreement except where it has been established that there was coercion, fraud or undue influence. In the present case, the applicant concedes that the issues of whether there was forgery by the respondents in executing the charges is an issue that can be determined only after hearing the main suit,” Justice Okwany stated.

She further noted that Barons had failed to establish a case for granting of orders they had sought in the application.

Linturi’s defence argued that the sale of the property would not only be tantamount to breach of contract but also prejudicial. This is because Atticon had provided adequate consideration in exchange for Barons guaranteeing the loan.