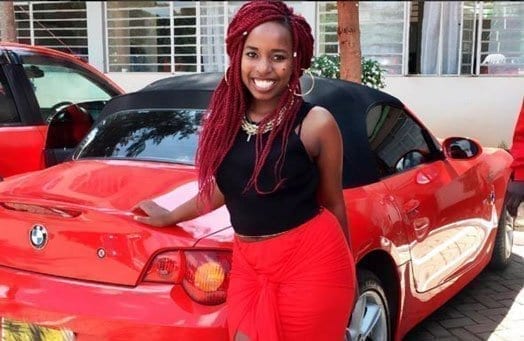 Nairobi Governor Mike Sonko invested a cool Sh 600,000 of taxpayers’ money to fly his daughter Saumu Mbuvi to the US disguised as county administrator, the Senate heard on Wednesday.

Saumu accompanied Sonko’s wife, county First Lady Primrose Mbuvi, to the 62nd session of the Commission on the Status of Women held in New York from March 12 to 23, 2018.

County assembly Minority Leader Michael Ogada says Sonko flew his daughter in a first-class flight to the US a move that contravenes company policy.

Ogada told the Senate the governor’s daughter spent Sh220,000 on a chopper flying around New York City, and another Sh260,000 in what he described as an ‘offside party’ from the first lady’s conference in Philadelphia. An additional Sh120,000 was given to journalists while Sh300,000 was factored in as transport costs.

“That was an absolute abuse of office from the onset from the part of the Governor,” he said and cited the Governor of violating Article 75 of the Constitution as read together with Section 16 of the Leadership and Integrity Act, 2012.

Mr Ogada further testified that a county official was asked to withdraw Sh2.6 million from the county’s account, the money was handed over to Sonko’s bodyguard to be used for facilitation by Saumu.

“The Sh2.6 million used on per diem, a junior officer from the county was forced to go and withdraw it using her name in the company of a bodyguard of His Excellency the Governor. After withdrawing the cash, the bodyguard walked away with money,” Ogada testified.

But Sonko, through lead lawyer Harrison Kinyanjui, discounted all allegations and questioned the authenticity and admissibility of the evidence adduced by the MCAs.

Sonko is set to defend himself Thursday against accusations levelled against him.

Bringing Kenya to the wild-wild west

Security or Football: Officers Watching Football while Scanning at JKIA