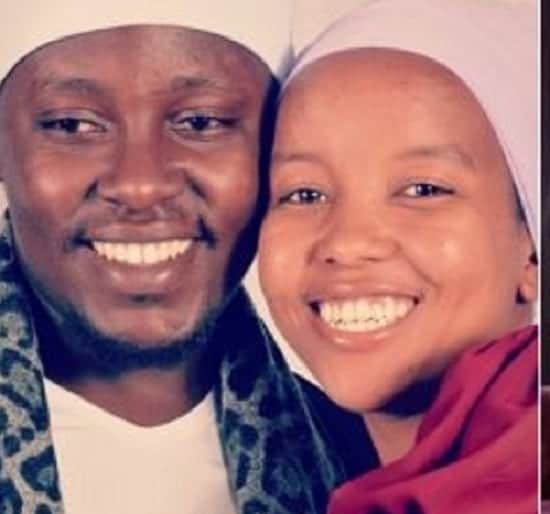 Annie Shiku has finally opened up about how her Akorino gospel star husband Allan Aaron allegedly dumped her and their children after he left for the US. Sorry the above video is in vernacular.

Speaking to Kenya Diaspora Media, Shiku said that after seven years in marriage, things took a turn for the worst after Aaron went abroad in search of greener pastures.

“He was very okay when he was leaving but after a few months, he started being too busy for me. He started acting funny. He would not pick up my calls and whenever he did, he had very unkind words for me, after a while there was no communication as he had blocked me on phone and social media,” Shiku said.

With no husband to her help, Shiko said she started struggling to raise their children.

She said, before going abroad, he had promised to help her expand the business they had started together in Nairobi.

According to her, the couple lost communication and one day as Shiku was attending a burial in 2017 she met Aaron who had jetted back from the US without informing her.

Shiku said her hopes that her husband would return home after the funeral were soon dashed despite her preparing a delicious meal and telling their children their father was coming home.

Aaron days later came back to the house, according to her, only to pack up his belongings abandoning his wife and children, leaving them with more questions than answers.

“He did not even greet me but went straight to the bedroom and started packing his clothes. He also unmounted the television, leaving the children so stranded,” Shiku added.

When asked about why he was leaving them, Shiku said Allan announced that it was over between them.

Efforts by this writer to get a rejoinder from Aaron proved futile with his phone going unanswered.