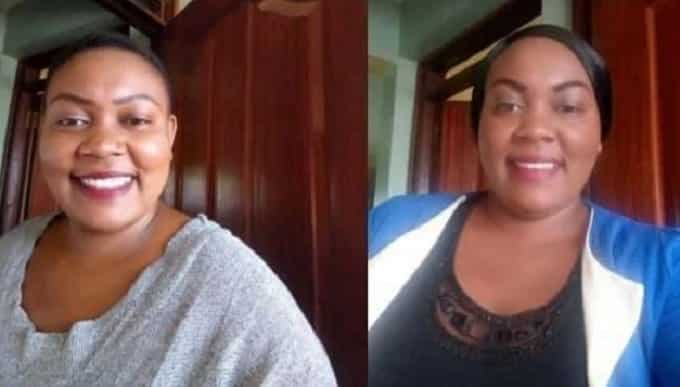 A beautiful Kenyan woman has taken to her twitter account to express her fears and concerns of being lonely for her entire life time after claiming that most men are afraid of approaching her because of her success.

According to the reports given by the woman who has been identified as Wambo Wangeci, she revealed that she is currently looking for a willing man to be her husband because she feels like it’s the right time for her to have a husband.

Her tweet has sparked alot of mixed reactions from Kenyans who seemed to have been confused on why a beautiful woman like her was allegedly single despite all her success in life.

With a section of Kenyans claiming that most men fear successful women, others went ahead and flocked her comment section claiming that they were ready to be her husband.

Oloo Owino – Please come to me and i will marry you of you are ready to spoil me because handsome men are hard to find.

Mary Muthoni – I respect such women because most people tend to see successful women as people who don’t deserve happiness.

John Ngatia – Well it’s either you have an underlying problem or you treat men like trash anyway Goodluck with your search.

Judy Akoth – How about women, i can also be your husband mommy don’t lock the door on us, we all love successful people.