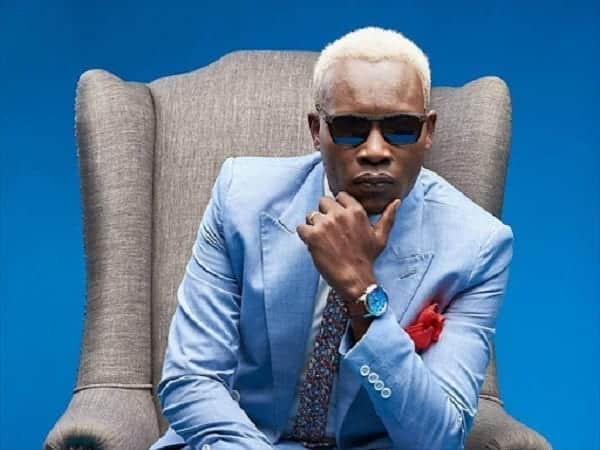 The source, who is a close family friend, said for three years now, Daddy Owen has been depressed.

It all came to a halt when he was called by a family member who works in a posh hotel in Naivasha, revealing to him that he had just seen his wife getting engaged to a rich tycoon, and he was wondering what’s up?

Daddy Owen spoke exclusively to Word Is yesterday, admitting that indeed he has been healing from depression since 2019.

“I have been suppressing and thinking that I would be fine until when the side-effects started showing,” he said.

VIDEO: Diana Marua emotional as she reveals being a side…

He said he was afraid of speaking about his mental health as a man since he feared being termed as weak.

“Those I tried to explain to my problems to thought I was mad. Others told me to be a man. But in the long run, I had to dig the problem and face it.”

He will be celebrating his 40th birthday this week, and he says his mission is to find himself and thank God for the milestone.

While asked what led to him being depressed, Owen said his counsellors said depression is usually caused by things that happens around us.

“The problem is that I was in denial and I wasted a lot of time saying I would be okay as a man.”

Owen said his family and close friends have helped him in walking through the healing journey.

Has he been judged by the public after the alleged breakup?

Owen said he is aware people might be judging him wrongly as a celebrity, but apart from that, he understands the emotional battles and counselling has been helping him.

He said he has been judged even on his DM. “Someone recently sent me a message saying, “‘Vile ulikua umedominate kwa industry! Kweli watu huisha.'”

He said he has learnt to have thick skin as a celebrity.

“When you become hopeless, you even fear getting a psychiatrist since you do not trust anyone. That was a wrong move but I thank God I came out and I can now feel relieved.”

When asked to comment on the status of his marriage, Owen declined to comment. “I do not want to speak about my marriage since there are children involved.”

Word Is reached out to his wife Farida but when she heard the question she hung up. Subsequent attempts to get her were rebuffed.

Bull’s Eye: A song for ‘Baba’ How far they go