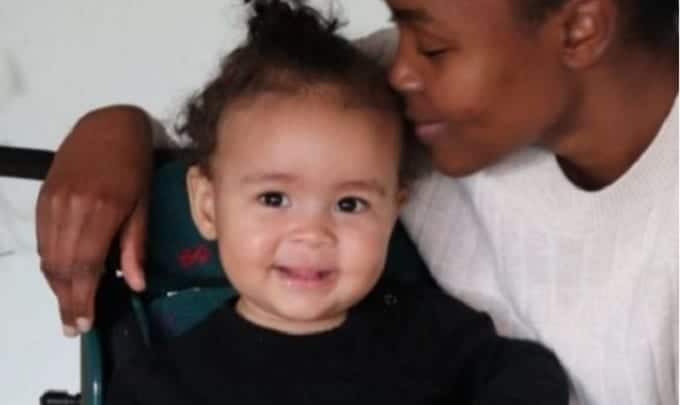 A Kenyan mother Kathure Mithika living in Denmark is seeking for help for her young daughter who has turned one year old and has a rare genetic disorder. The most effective treatment for this disorder is  currently not approved in Denmark and she will also need help to bring her daughter to America where she can be treated.
Ayah Rosenlund Mithika was diagnosed with the rare gene mutation disease called SMA, type 2. The disease literally affects basic motor functions like walking, standing, hand movements, and when it’s progressed respiratory like breathing. It has no cure, but kids are given treatment to avoid further damage because once a damage is done by the disease it can’t be reversed.
The treatment she needs now is the most expensive drug in the world currently at about $2.1M. The mother is seeking the money for the treatment to help Ayah  live as close to a normal life as possible. Kindly click the Gofundme link below to help and anybody with info on how Ayah can get help in the US can email silvia Njoki at [email protected] https://www.gofundme.com/f/extraordinary-medical-costs-for-little-ayah
Related Posts
NEWS