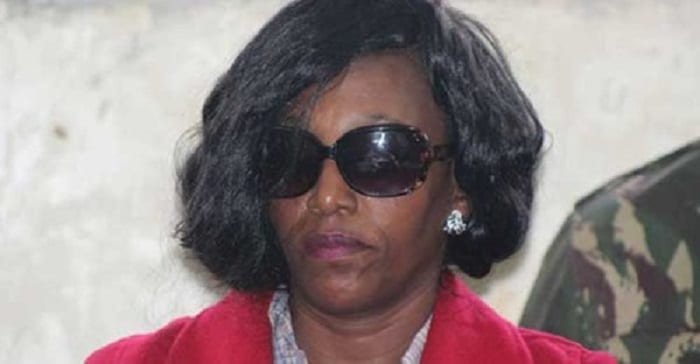 Former Icaciri Girls’ High School Principal Jane Muthoni has been sentenced to 30 years in jail for the murder of her husband, Solomon Mwangi.

The two conspired to kill Mwangi, the former principal of Kiru Secondary School, in November 2016.

High Court Judge Joel Ngugi said the prosecution proved its case against the duo beyond any reasonable doubt.

“A stiff custodial sentence against the accused is merited,” he said while delivering the verdict on Thursday, June 3.

Muthoni and Ng’ang’a followed the court proceedings virtually from their respective jails at Nairobi’s Langata Women and Kamiti Maximum prisons.

State Counsel Catherine Mwaniki had argued that the case met the threshold to have the two sentenced to death.

Nakuru High Court found the duo guilty of murder in April this year.

Mwangi had been reported missing on November 6, 2016. His mutilated body would, eight days later – on November 14, 2016 – be found dumped in a coffee plantation in Juja, Kiambu County.

His widow, Muthoni, and her co-accused, Ng’ang’a, were later arrested in connection with the killing.

The Prosecution submitted that Muthoni, the former principal of Icaciri Secondary School in Kiambu, hired criminals, including Ng’ang’a, to kill Mwangi.

The court, heard that Muthoni engineered her husband’s killing after he allegedly began a relationship with another woman, identified in court as MWK or M-Pesa Lady.

The plan was to eliminate Mwangi’s lover and then kill him, court was told.

The case has gone on for five years until Thursday, April 22, 2021, when Muthoni and Ng’ang’a were declared guilty of  murder.

By Brian Okoth and Betty Njeru

Kidero is within his rights to support Okundi, Nairobi ODM leaders