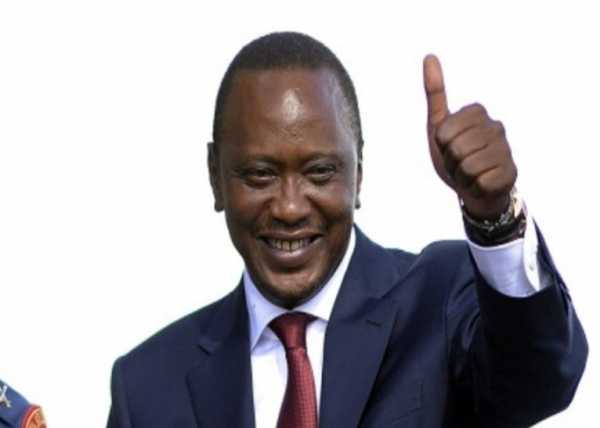 While many viewed encounter as a lifetime opportunity, Muthoni is condemning herself for what she says was more of a breach of protocol

May 16 will forever remain engraved in the memory of Esther Muthoni, not only as the day she bid farewell to her more than 10 friends who died in the Patel Dam tragedy, but also as the day she had a surprise encounter with the President.

Muthoni, 65, had arrived at the funeral service for the 47 victims of the Patel Dam tragedy held in Solai, and which was attended by President Uhuru Kenyatta, his Deputy William Ruto and many other top Government officials.

Being a member of PCEA Women’s Guild, Muthoni had a seat reserved for her in a strategic position, as they played an active role during the service.

VIDEO: MPs walk out of event chaired by President Kenyatta…

“I had arrived late shortly after President Kenyatta and I sat among other members of the Women’s Guild. I knew the President was in attendance, but I didn’t know exactly where he was seated,” said Muthoni.

During the service, members of the Women’s Guild were tasked to collect offerings and Muthoni happened to be among them. After collecting the offerings she handed over her basket to the preacher and walked back to her seat.

It was at this moment that Muthoni caught the attention of millions of Kenyans who were following the event being broadcast live on TV stations. “I happened to be the only one using a different path after handing over the offerings. A well-built man stood up and held my right hand. As he led me towards my seat another man held my left hand, making me feel uneasy,” said Muthoni.

It was at this point that she looked into the face of the two men only for her to realise that the man on her left was the Head of State, who after holding her hand, induced a handshake, which she responded to quite casually.

“At first I thought this was just a dream, but when we looked at each other in the eye, I was elated, but fear soon gripped me. I became confused not knowing whether to move on or go back and use a different path,” she said.

As she pondered what to do next, Muthoni was seen by hundreds of mourners in attendance and captured on camera, her mouth wide open in shock before she buried her face in her palms and walked away without uttering a word.

The President’s reaction also caught the public’s attention, as he continued tapping his feet to the rhythm of Carol Wanjiru’s live performance of her vernacular worship song, which he once sang on radio during his 2017 campaigns.

The moment stirred laughter among the mourners, while those who were viewing the proceedings started circulating the 19-second video on social media.

While many viewed the encounter as a lifetime opportunity, Muthoni was deep in her heart condemning herself for what she says was more of a breach of protocol, as she had in her youth worked in Government offices.

“Flashbacks of the brief moment I had with the President kept coming throughout the service. I was unable to speak to anyone, including my daughter who was seated next to me, during the service. My conscience told me that I had done a terrible mistake,” she said. Since then her phone has not stopped ringing, as friends keep calling to congratulate her for the short moment she had with the country’s most powerful man, while others allude the incident to the current spirit of handshakes in the country.

Apart from playing an active role that day, she was also mourning people she had lived with for decades before relocating from the Energy Estate to Matangi, a few kilometers away.

She counts herself and her family lucky, as the home where they had been living was washed away by the raging waters from the burst dam. “I started working at Solai Secondary School as a secretary in 1986, attending church at PCEA Solai. I used to live in a rental house at Energy Estate until I retired in 2012 and relocated to a nearby village,” said Muthoni.

The tragedy claimed the lives of her former colleagues at the school, neighbours and some students she used to interact with as their counsellor.

Seeing that she has never changed her telephone numbers, hundreds of former students and parents called to check on her, not knowing she had already retired and relocated.

Her daughter, Maureen Wanja, also learnt about the incident through social media after the clip was shared, despite spending the whole day with her mother.

“After the funeral service, many friends called me, saying my mother had shaken hands with the President. I couldn’t believe it since I was with her all the time, except during the offerings,” said Wanja.

Her social media accounts have also been busy with people tagging her to the viral video called #OldWomanReaction. Her mother keeps on reviewing the short video in disbelief.

Muthoni wants to apologise to the President and have an opportunity to properly shake his hand. She has, therefore, invited Uhuru to her house next time the President visits the area.

“Despite all the congratulatory messages I have been receiving, I still feel guilty. I feel I need to tender my apology to him through a proper encounter. I welcome him to have chicken for lunch when he comes to issue title deeds that he promised,” said Muthoni, who rears indigenous chicken.

A Kenyan woman Edith Mumbi is missing in Dubai