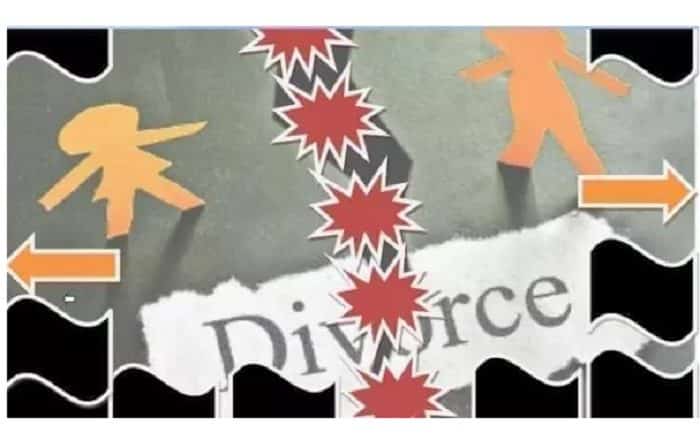 The general foundation of marriage is taught and prescribed to within Genesis 2 principle, “The man said, “This is now bone of my bones and flesh of my flesh; she shall be called ‘woman,’ for she was taken out of man.” That is why a man leaves his father and mother and is united to his wife, and they become one flesh.”

On this foundation, Paul gave the actuation principle of operation within daily living.

“ I praise you for remembering me in everything and for holding to the traditions just as I passed them on to you. But I want you to realize that the head of every man is Christ, and the head of the woman is man, and the head of Christ is God.”

He says that a woman was given to the man. This principle is consistent with St. Paul’s understanding of the process of hierarchy where the man is given the headship of the woman, and thus the household. The intention of this headship is very well defined. St. Paul says that the man should love his wife like Christ loved the Church, Ephesians 5:25-30. This is then the symbolic act of a man crucifying himself on behalf of the woman. The woman is not told to sacrifice, but to reverence. This crucifixion basically means that a man would do everything in his power to provide life for the woman. It is here that men must tend the ground (God tells man that he shall tend the ground with sweat Genesis 3) to provide the woman and the household with life giving substance: food, security, cloths, and all things that she and the family needs and even wants for their survival. It is not the woman’s responsibility to provide. This obligation is given to the man, and only to the man. When a woman provides, it is going far and beyond the call of duty and should not be taken for granted or abused.

There are two rationalities given for marriage, and both are biblical

For those who hold that the relationship is a covenant within the pre-fall, they must abide by the pre-fall principle. They must abide absolutely with the LAW without blemish. They must follow every rule and be perfect. The reason is because before the fall of man, the original divine principle was without sin and it was absolute: The established progression is that they are one and that which is formed when they give themselves to each other is singular, never to be broken (absolute).

However, reality is that man is subject to the fall and lives now under the sin nature. Genesis 3. Therefore the absolute state of Good does not exist and that is why there is strive, war, chaos, and all manner of decadence in many marriages and these lead to divorce

Those who hold to the fall and hold to the non-covenant relationship are government by the state of Grace. They stay and live together under the idea that they are believers who have been redeemed and are born again. They love each other within the mandate of personal integrity of faith and love with the duty of the believer to show mercy, kindness and all good things that are reflections of them being BORN AGAIN. They commit themselves to each other within personal duty and integrity not legality and law, either biblical or secular. It is to these that Paul addresses in the book of 1 Corinthians 7.

Whatever foundation couples chose when they are agreeing to live together as one, then, it is within that choice that they are judged. Those of the covenant are judged by their oath within the covenant that binds them to one person until death, “till death do we part” (impossible tasks given both are sinners and man cannot guarantee perfection outside of grace. This is the source of distress for those whose marriages fail. A hammer used by ignorant teachers to enslave people to guilt). To these, Paul is very clear in the above-mentioned passage (1st Corinthians 7).

The non-covenant is judged by their fidelity to FAITH within the understanding that they are sinners saved by grace and prone to wrong and fault. They are guided by Paul’s argument about believers, “What shall we say, then? Shall we go on sinning so that grace may increase? By no means! We are those who have died to sin; how can we live in it any longer? Or don’t you know that all of us who were baptized into Christ Jesus were baptized into his death? We were therefore buried with him through baptism into death in order that, just as Christ was raised from the dead through the glory of the Father, we too may live a new life.” Romans 6.

The first is based on legalism while the second is based on understanding Christ’s gracious work on the Cross: a disciple of Christ doing everything to live a life that reflects that. This includes fidelity to the woman or to the man within the agreed oneness.

Both however are governed by the Kingdom of Man, which has authority to enslave man to constitutions and law, Romans 13. This secular mandate has no biblical binding; rather, it is established to protect the innocent not to established basis for eternal and divine obligation within the call to be Born Again. Eternal judgment is not based upon human constitutions whose jurisdiction is earth. These are judged and punished within the human law. That is why the believer is called to “whatever you do either in work or deed do it to the glory of God.” Colossians 3:17. Not to the obedience of the constitutions.

AND THE TWO SHALL BECOME ONE.

From the time they declare themselves as ‘one’ to the point where they declare themselves as “not one” (separation and divorce), all things brought forth during that time belongs to both. By all things, it means all without limitation or restrictions. It is on this basis St. Paul told each not to deny each other of anything (1 Corinthians 7). In this case, then, the division of those things that are one is absolute. They both get equal portions of that which they have accumulated while being ‘One Flesh’ to the point of nothingness.

When this singularity is broken and there is now a return to individuality outside of the agreed oneness, the dependence of each on the other ceases to be. In this regard, the governing biblical principle relates to justice and fairness. It is here that

Ezekiel 22:13 says, “‘I will surely strike my hands together at the unjust gain you have made and at the blood you have shed in your midst.” Note the equation of unjust gain to the bloodshed.

And Deuteronomy 25:4, “Do not muzzle an OX while it is treading out the grain.” This is applied in the New Testament by St. Paul emphasizing that animals (as per Genesis) exist on earth under the supreme authority of man, given to him by God in Genesis. That authority does not extend to human beings. Even when it comes to the Oxen, the master must feed it because he is the beneficiary of the labor. Thus, unless one agrees to be a slave or perform duty and work like an Oxen, in this case subjugate one to a master, or be subjugated by force (which goes against scripture), each person must sustain themselves after declaration of individuality outside of the One Flesh Doctrine, to which both had submitted but now have broken.

Any one who takes from the blood of another, especially those who are tasked with being heads, authority, and masters are in violation of Divine principle and Divine condemnation is guaranteed. They are tasked with working to provide for those under their care. “For even when we were with you, we gave you this rule: “The one who is unwilling to work shall not eat.” 2 Thessalonians 3:10. If the head of a household refuses to work, and he is the provider, he condemns the whole household to death.

In this case then, each person should after the division of the joint stock work to sustain he or she separate from the labor of the other. And if there are children, then, each must commit oneself to providing for the children without being coerced by any authority. The children are innocent and must be provided for. “Which of you, if your son asks for bread, will give him a stone? Or if he asks for a fish, will give him a snake? If you, then, though you are evil, know how to give good gifts to your children, how much more will your Father in heaven give good gifts to those who ask him!” Mathew 7:9-10

The final thought in this important biblical treatise is that we are victims of the fall. And as such are sinners. We must then work to control our sin nature lest it destroys us and our children in a state of mental absurdity brought forth by our sinful nature. Note that even those who dwell outside of the biblical or constitution law marry and live together until death within natural understanding of GOD within nature. And they provide for their children without covenants but natural grace and mercy and love for each other.

“The wrath of God is being revealed from heaven against all the godlessness and wickedness of people, who suppress the truth by their wickedness, since what may be known about God is plain to them, because God has made it plain to them. For since the creation of the world God’s invisible qualities—his eternal power and divine nature—have been clearly seen, being understood from what has been made, so that people are without excuse.”

All quotations from The NIV