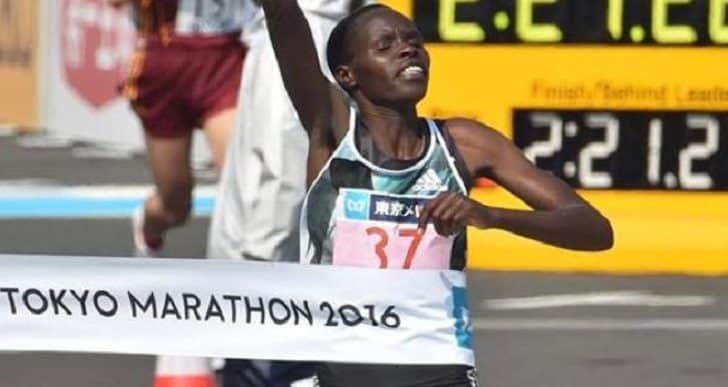 The news about her decision to change her citizenship made headlines after Boston Marathon organisers released official names of athletes taking part in the competition scheduled for Tuesday, October 11.

The former 10-mile world record holder, Chepkoech is listed as a Kazakhstan athlete.

According to the list released by the event’s organisers, she will be taking on other Kenyan athletes including Angela Tanui, who won the Siena Marathon in Italy earlier this year, running a personal best of 2:20:08.

The Republic of Kazakhstan, unlike Kenya, does not permit its citizens to hold another nationality.

“If a Kazakhstani passport holder obtains the citizenship of another sovereign state, this second nationality is not recognized by the state of Kazakhstan,” their laws stipulate.

Speaking to Kenyans.co.ke, Head Coach Athletics Kenya, Julius Kirwa, confirmed that Chepkoech applied to change her citizenship but she had not met the threshold to represent them in national competitions until this year.

“Caroline Chepkoech changed citizenship from Kenya to Kazakhstan in 2018. To compete for Kazakhstan after changing nationality, one must stay for three years without participating,” Kirwa stated.

Prior to her decision to change her citizenship, she had been working in Kazakhstan since 2017 and running small races.

In her list of achievements, while running for Kenya, the 27-year-old dominated a number of races. In 2018 she breezed to her third-straight victory in the New Balance Falmouth Road Race.

In 2015, she won the inaugural cross country series that was organised by Athletics Kenya. The same year, the former Africa cross country champion won the Ndalat Gaa marathon series.

Her decision to change citizenship is a big blow to the country as she was among the promising athletes, especially in the long-distance races.

But it remains unclear whether her decision to renounce her citizenship will entirely affect her other activities in the country.

In 2018, Kenya’s athletics officials launched investigations on three local athletes who changed nationality to become citizens of Kazakhstan. It is still unclear if she was among the three.

“The runners are still minors who need guidance from their seniors. We will delve into the matter and any coach or manager who shall be found culpable of assisting them to translocate will have action taken against them according to the laws of the land,” the officials stated.

“Whereas it is not an offence to change nationality, those who wish to do so must follow the right procedures, which the three runners did not.”