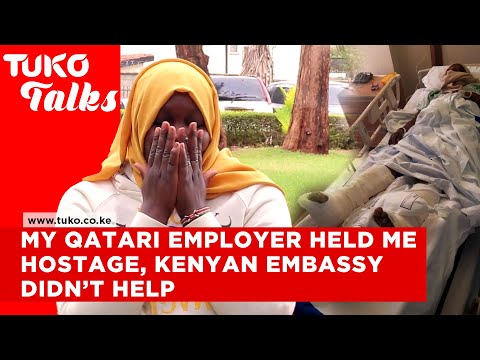 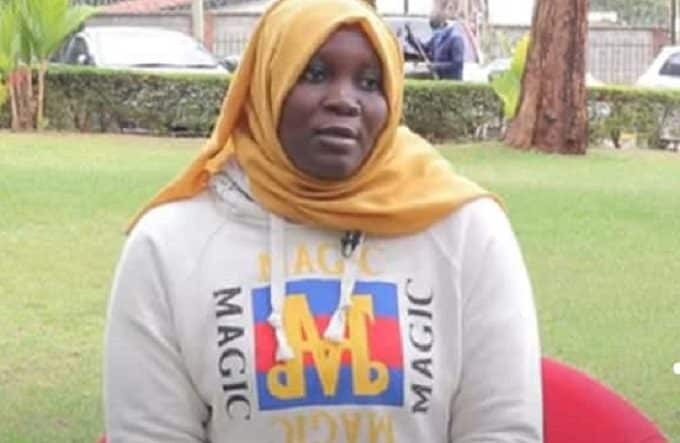 A Kenyan woman identified as Zuhura Abdul has opened up about her experience working for a Qatari boss and narrated how she had to jump off their building to escape from her.

What led to the exit

Zuhura, was born as the third child in a family of five and she narrated her journey to TUKO Talks. Her father however passed on at an early age leaving her mother to fend and provide for them singlehandedly.

However, in 2004, her mother also passed on and they were all left under the care of their grandparents, but when her mom’s brother passed on immediately, her grandmother suffered a shock that killed her a year later. She and her siblings were then under her grandfather but he later died one died after he was hit by a car on the road, forcing them to find ways to take care of themselves. Her relatives also tried to marry her off to someone in Kisumu after dropping her to a relative without her knowledge.

“They had talked to that person, planned everything and the only thing remaining was for me to meet that person. Days later, they told me we are going to Kitale when we got there I slept for the night, the next day they told me there was someone in the room who wanted to talk to me,” she explained.

Her aunties tried to convince her to marry the man despite her being a minor.

She later travelled to Qatar for work and all hell broke loose when she found an inhumane employer. “The problem was we were not eating. You’d wait for them to finish eating so they give you the leftovers. And sometimes there would be no leftover.

You only sleep for three hours and in the corridor and with CCTV all over,” she further said. She then decided to find ways to look for help and save herself.

“I just said whatever happens only God can help, so I jumped from the first floor and broke my legs but I needed to get away from that place,” she added. She was then taken to the hospital and with time found her way back home and she narrates that she does not think she would ever want to go back there.

Why many Kenyans are not resting easy in America