The Kenya Diaspora Alliance (KDA) is working towards the realization of its policy of mainstreaming its members into the national development processes in line with the aspirations and goals of the Kenya Vision 2030.

Foreign Affairs Cabinet Secretary Dr. Alfred Mutua said that the reorganization of the ministry to include the diaspora and its affairs is a testament to the growing importance and role of the diaspora in enhancing the country’s development.

Mutua said that the Kenya Kwanza administration has acknowledged the role of the diaspora and its potential by dedicating a department in order to mainstream and empower Kenyans abroad to effectively make a significant contribution to the country’s development.

“Kenya’s development blueprint, which is the Vision 2030 acknowledges the role of those in the diaspora for their contribution towards the country,” stated Mutua.

He commended the United States ambassador to Kenya Margret Whitman for building upon the relationship that Kenya has with the US and making it better with the current regime led by President Dr. William Ruto.

Whitman said that Kenyan workers in America have contributed immensely to the richness and fabric of her country.

“I am very grateful to the Kenyan diaspora for their contribution to the nation of immigrants and many of you are entrepreneurs in the cities, senior executives, doctors and lawyers in many of the best big American companies,” said Whitman.

She mentioned that the most important thing Kenyans in the diaspora need to do is to gain expertise and come back home to contribute to their country as well.

The Ambassador commended Kenya for being the tech leader in East Africa as she expressed hopes that it can become the tech leader in all of Africa. Whitman also encouraged prioritization of internet connectivity in every Kenyan household and training of the next generation to secure positions in the future companies that are set to come and invest in not only Kenya. – Kna 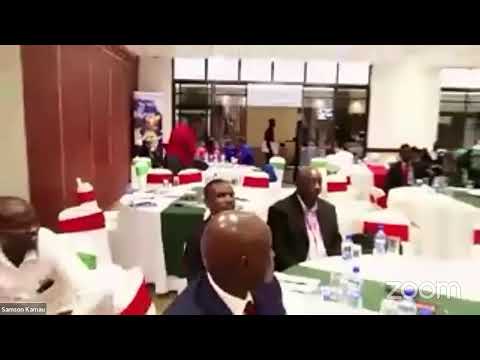 Corridors of Power: Uhuru to unveil new Cabinet before January 8