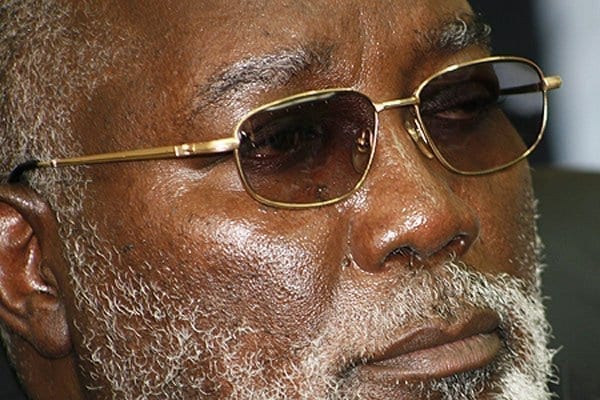 Armed gangmen Thursday night opened fire at a vehicle said to be owned by Kilome MP Harun Mwau.
The 10 p.m incident is said to have occured in Nairobi’s CBD near city hall but the legislator was not on board during the shootout.
At the time of the incident, the MP’s driver and bodyguard were in the vehicle but neither sustained injuries.
The assailants apparently fled the scene before the police caught up with them, leaving their whereabouts still unknown.
Mwau’s silver Range Rover vehicle is currently parked at the Central Police Station as police proceed investigations into the matter.
Related Posts
NEWS

Recently Mwau had raised fears over his life, claiming that unknown persons have been trailing him since US President Barrack Obama’s stand to direct sanctions against Mwau in connection with drug trafficking.
Saitoti under fire
Just over a week ago, the government came under harsh criticism for failing to provide adequate security for its citizens being targeted by foreign countries on allegations of crime.
The House was up in arms demanding an explanation as to why Internal Security Minister failed to take seriously Mwau’s concerns expressing fear that his life was in danger.
Mwau who is wanted by the US government in connection with drug trafficking claims is alleging that suspicious looking people both of black and white origins have been trailing him adding that despite several reports and letters to Saitoti, no action has been taken.
Mwau alleged that earlier this month, he noticed a land cruiser vehicle with US embassy registration plates trailing him, forcing him to divert to the central police station where he recorded a statement.
MPs further accused Saitoti of being reluctant to deal with the issue.
This saw Deputy Speaker Farah Maalim oblige and refer the matter to the joint committees of national security and foreign affairs for investigations.
Obama’s sanctions
Obama is seeking to impose sanctions on the seven individuals under the Foreign Narcotics Kingpin Designation Act which, among other things, includes seizure of property under American jurisdiction.
The sanctions are contained in a report sent by President Obama to the US Congress dated June 1, 2011.
But the Kilome MP has dismissed president Obama’s directive saying the US is already panicking over a legal suit he has filed against it for failing to substantiate the claims against him.
Mwau still maintains his innocence over the allegations.
Mwau earlier sought explanations from the Kenyan government as to why he was branded a drug kingpin by the American president.
Mwau wanted to know if the Kenyan government was informed of the claim and the evidence adduced to it by the American government to warrant his branding a drug baron.
He is now seeking to know if the Kenyan government will hire an attorney to protect his rights in America.
Police verdict
Police in February this year found it difficult to link four MPs allegedly named in a dossier by the American government to drug trafficking.
Internal Security Minister George Saitoti said so far investigations have been unable to pinpoint the suspects named in the dossier by the US ambassador to Kenya Michael Rannerberger.
This forced Saitoti to apologise to Kilome MP Harun Mwau and his Juja counterpart William Kabogo who were adversely mentioned in the dossier as the kingpins of drug trafficking in Kenya
Source-https://www.standardmedia.co.ke/