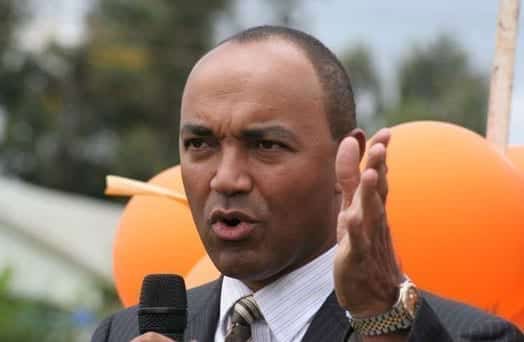 “They feel disenfranchised by the proposals to have embassies as the only polling stations and ambassadors as the returning officers. We have to ensure that Kenyans in the diaspora are given their constitutional right to vote for leaders of their choice,” said Kenneth.

The Gatanga MP said his meetings with Kenyans in London also revealed that though most of them are keen to take part in the next election, they fill that the efforts of the IEBC fall far short of their expectations.

The Kenya National Congress candidate said the Kenyan diaspora constitutes an important constituency because of their numbers and also because of their financial muscle as evidenced by their remittances back home.

He said such Kenyans have also been exposed to many best practices in governance which they are keen to ensure are implemented in the country. “We must ensure the Diaspora is not discriminated against nor marginalised,” he said in a statement.

IEBC is planning to set up voter registration and voting centres at the Kenyan embassies and consulates. It is estimated that there are 3 million Kenyans in diaspora. The plan has however been opposed by political parties and Kenyans in diaspora  arguing that such voting centres were not neutral and that some reside too far from embassies and consulates. IEBC has also said those in diaspora will only vote for presidential candidate leaving out all other elective posts.

Next elections are the first polls in the country’s history where Kenyans in diaspora will cast their votes. This are among the new changes brought under the new constitution promulgated in 2010.