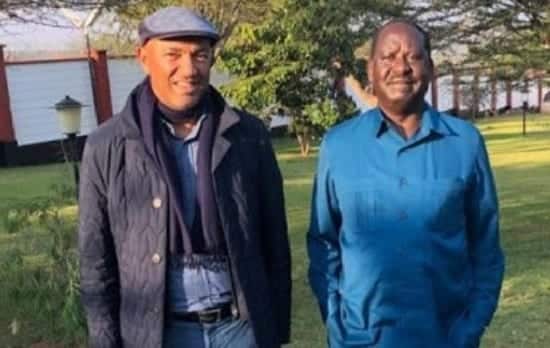 In an exclusive interview with the Star, the former Gatanga MP said the former prime minister has been at the centre of all struggles to make the country better.

“I think Raila  has what it takes should he offer himself for the presidency. He has been involved in all the battles to make Kenya better, but I cannot speak for him,” Kenneth said.

“I do not know what the handshake between him and the President entailed when it comes to 2022. Both of them have publicly said it’s not time for politicking. Therefore, until it’s quite clear he will be a candidate, it would not be right for us to discuss that candidature.”

Peter Kenneth noted that he would be open to working with Raila having worked with him before.

“I have worked with Raila before in many instances. So why can’t I work with him again?” he posed.

The former lawmaker mentioned that Raila may have lost in the last three elections but half of the country voted for him.

“It’s also important for Kenyan to remember that despite the fact that the Hon Raila Odinga has lost elections; he has never lost a referendum. We have had only two and in both he was on the winning side,” he said.

Peter Kenneth also spoke about his political ambition saying he is ready to serve Kenyans. He, however, played his cards close to his chest.

“Of course, I have something to offer  Kenyans. I have always said that. And whenever I have been given an opportunity, I have been able to show  I am able to offer something to make Kenya better,” he told the Star.

On whether he is ready to take over as the Mt Kenya kingpin, Kenneth said: “I don’t think it’s a question of being ready. First, in a new dispensation, it’s a question of ensuring the region is adequately represented at any negotiating table… I have what it takes to represent the region but that is not a priority now

“I believe if the opportunity is granted as first amongst equals, I should be on that list,” he added.