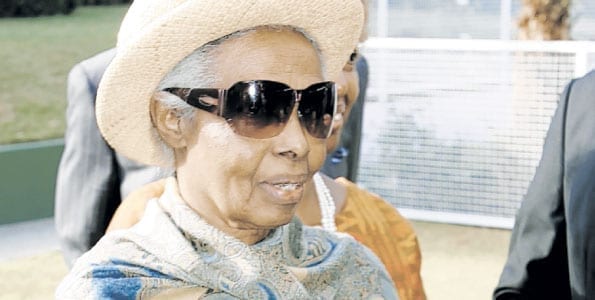 Mrs Michuki died at the Nairobi Hospital Wednesday morning where she was undergoing treatment.

Deaths of Kenyan billionaires that plunged kin in succession…

Mr Kagwe is a son-in-law of the Michukis.

Prime Minister Raila Odinga said Mrs Michuki’s death was “a double blow to the family of the late honourable Michuki”.

“She was a strong and courageous woman who had shown she was capable of stepping into her late husband’s shoes and provide guidance to our people on development and political issues,” mourned Mr Odinga.

“I pray for the family and friends at this time of grief.”

“I’m saddened by the death of Josephine Michuki. I pray that God gives the Michuki family strength and comfort,” he said.

Her death comes months after Mr Michuki passed on. The minister died in February, aged 80.

Cornell University Kenyan graduate making a difference in the Community

Kenyan girl shines: From Humble Beginnings To Elite US University

Courage is crying in the rain