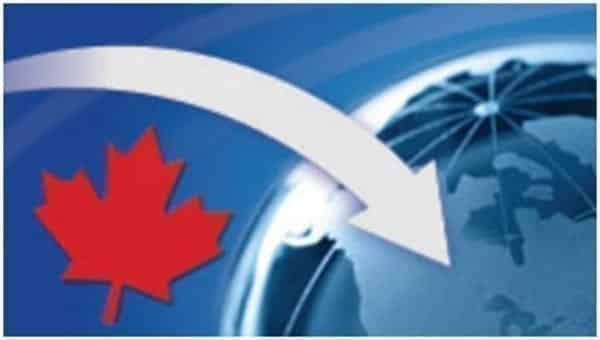 Maasai Graduate Reaching For The Stars.The Ryerson student from Kenya got her hometown graduation.

And under the African sun last Saturday, as the president of the Canadian university travelled to a humble herding village to stage a convocation, a local hero was born.

Three months after Teriano Lesancha crossed a Ryerson stage in Toronto to collect her bachelor of social work degree, against a lifetime of odds, Levy brought Ryerson to her village, where she has become living proof of the doors that education can open in this largely illiterate community.

“They even want me to run for office. Everyone’s telling me, ‘Stay here and run — you’ll win!’” laughed Teriano from Loodariak, in the Great Rift Valley, where she has become a celebrity as the first Masai woman to earn a university degree. She is also the first person from her village to do so.

“I plan to go into politics, absolutely — I dream to become a different kind of leader — but not yet; I feel my career has just started,” mused the 27-year-old, who will return next week to Toronto to work and save for the master’s of social work program at Ryerson.

It was an emotional ceremony, complete with gowns, podium and bagpipe music before a spellbound crowd of 1,800 — children draped in Banyan trees, Masai warriors on the horizon, TV crews, even a federal cabinet minister landing by helicopter.

For Levy, there was also a cow to collect — the highest honour Teriano’s father could give to thank Ryerson for helping his first-born continue her studies when her original sponsor fell through.

“Her father led me by hand through the pasture to get my cow and I think it was the best-looking cow in the field,” said Levy, who donated the animal, worth $500, to the education foundation Teriano has created for local children.

He was not alone. Some 16 village elders each donated a cow to the foundation, proof of the impact this lively young activist is having.

“How Teriano found her way from here to Ryerson is unbelievable,” said Levy from Nairobi. “This is a community with no electricity or running water — we had to bring a generator so we could play the bagpipe music — and the homes are made with sticks held together with cow dung. A hyena killed a goat last week 10 feet in front of a house. Education was not a priority, especially for girls.”

But with the backing of her mother, who didn’t go beyond Grade 3, Teriano pushed her father to keep selling cows to pay for more and more schooling. Eventually she was able to land a job and not only pay him back and expand his herd, but start the foundation. She also was sponsored by World Vision, for whom she continues to work part-time.

Teriano said 70 per cent of her foundation’s funds will go to girls because “it’s still harder for girls to be educated because they have to fetch the water and cut the firewood and do everything.”

Said Levy: “She has become a symbol of hope. They recognize that without educating their children and creating more Terianos, they’re essentially beat.”

During the ceremony, Teriano said her parents gave an emotional speech to the crowd and admitted, “This thing was hard for us, but now, it’s pride. Education is important.

“Then one of my brothers spoke — he insisted! I was so surprised.He’s in his first year of high school and he spoke about how I’m paying his fees, because high school is not free. He said, ‘Look here, I’m a boy but I couldn’t be in school without a girl.’ It made me cry.”

The elders also gave speeches, said Teriano, “and told the children, ‘You cannot tell us you don’t have role models anymore — we have the first university degree in the village. You need to do it too, and there’s no excuse; a girl did it!’”

In a poignant personal moment, Teriano came face-to-face with the man to whom she was pledged at birth but refused to marry so she could go to university.

“He was one of the men who donated a cow to my foundation — isn’t that amazing? He now has a son in university who is talking about doing his master’s and he believes in education,” she said. “We bowed our heads to each other in a Masai sign of respect.”

It is so unusual for a Masai woman to get a degree, Kenya’s minister of higher education, Professor Margaret Kamar, flew in for the ceremony, with Nairobi media cameras rolling. Canadian High Commissioner Jamie Bell also came along.

Levy and the Ryerson chancellor also donated 20 scholarships. But neither side forgot the cultural gap they were crossing.

“My mom was so worried about how it would be for them to come to our village, knowing where they come from,” recalled Teriano, whose parents came to Toronto in June — their first time on a plane. “But Sheldon is so down to earth and easygoing you’d never know he was a university president. He was dancing and jumping so much, and his wife, can she sing.”

The Masai had a surprise for Levy, his wife, his assistant and Golden — hand-sewn Masai outfits that fit each one perfectly because Teriano’s mother had secretly gotten their measurements when she was in Toronto.

“They’re an unbelievably loving community,” said Levy. “They went out of their way to embrace us.”

But there was one person who had mixed feelings about all this education fuss, said Teriano — her grandmother, who is said to be 100.

“My grandma listened to everything and then she said, ‘It’s true, you are very smart. But now it’s time you start making your own ‘university of children’ and find a husband and get a new life.”

She perhaps shouldn’t hold her breath

The Historic Signing Of Partnership With The University Of Alabama In Huntsville.