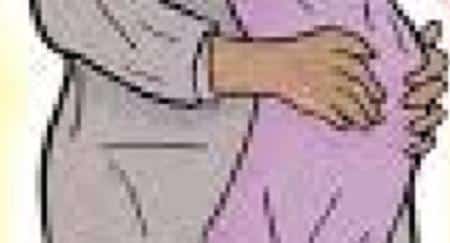 To most Kenyans, medical tourism often means a journey to India for treatment. The tide however seems to be changing slowly but steadily as more patients from abroad opt for Kenya for their medical tourism.

It is a trend that has both baffled and impressed the local medical fraternity. An increasing number of clients from the rest of Africa, Europe and the United States are coming to Kenya to seek treatment for infertility, an indication of the advances the country is making in this area.

With five In Vitro Fertilisation (IVF) clinics, Kenya is fast becoming a destination for couples seeking treatment for various forms of infertility. The success rate and low cost of treatment in two of the clinics are some of the key pull factors motivating this increased inflow.

The pioneering IVF clinic, Nairobi IVF Centre, has delivered more than 900 IVF babies in the past six years. It receives the highest number of these clients. With a success rate of about 45 per cent, which rivals that in the developed world, clients have been knocking on the clinic’s door every day.

“After three failed attempts in Uganda, we went to the Internet to search for another clinic. The high success rate registered at the Nairobi IVF Centre, which was one of the best IVF clinics in Africa, made us settle on it,” said a couple from Uganda who are in the country to receive infertility treatment.

Some Kenyan-born Americans backs Republicans and will vote…

The couple says they have been searching for a baby for the past six years without success, with the husband, who requested anonymity due to the sensitivity of the matter, adding: “I strongly believe Kenya holds the key to us becoming parents.”

Some of the clients say the cost of IVF in Kenya is a lot lower compared to their home countries.

“Even after we take into account the air travel and accommodation cost, the amount charged here is much lower and yet the success rate is as good as in a developed country,” says a couple from the US who are in the country for IVF treatment.

This means the cost in Kenya is less than half what is charged in the US, Europe and other African countries. This explains the increased number of foreigners coming to the country to seek treatment for infertility.

Statistics from the Nairobi IVF Centre show that more than 270 clients from Africa and beyond have sought the services of the clinic in the past three years. And the number continues to rise.

At the Aga Khan University Hospital’s Fertility, IVF and ICSI Centre, Dr Prafull Patel says their clients are increasingly coming from Africa, UK and USA. About a third of the patients they receive whenever they have a treatment cycle are from outside Kenya, says Dr Patel, putting their success rate at about 35 per cent.

“Every treatment cycle we get about four clients from Tanzania, three from Uganda and at least one from the UK, Ethiopia and Sudan, among other countries,” says Dr Patel.

Dr Joshua Noreh, the pioneer of IVF in the country, adds: “IVF is a time, money and emotionally consuming venture, making clients very sensitive to the success rate registered and the costs charged by clinics.”

Dr James Munene, the head of cardiology at Kenyatta National Hospital, says the costing done in Kenya for many diseases and conditions such as infertility and open heart surgery is based on the economic status of locals, which ends up being very affordable for foreigners due to non-price discrimination policies.

Ms Rubi L. Ayieta, the executive director of Surrogate Kenya, a company that offers legal advice to IVF clients seeking surrogacy and donated eggs and sperm, says some of the clients she has interacted with also come to sample Kenya’s tourist spots.

“In addition to getting medical assistance, the clients are able to tour some of the best sites in the country, for a song; so, to them it is killing two birds with one stone,” she says.

Some of the clients come from countries which have no IVF services, says Dr Noreh, adding that those coming from countries with similar facilities choose Kenya due to easier access to eggs and sperm donated by Africans.

Kenyans in the diaspora

“We have Kenyans in the diaspora coming back for treatment here because it is easier to get a donated egg or sperm from a fellow African than in the foreign countries where the population is predominantly white,” he says.

“I think as a country we have done well in playing in the same league as some of the developed countries that have been offering this service for decades.

“A Kenyan IVF clinic registering success that is similar or even better than that in some of these countries is really encouraging.”

Dr Patel agrees, adding that the high standard of care offered at Aga Khan University Hospital is pulling the patients to the hospital and the IVF clinic. In the UK, patients have to undergo expensive IVF treatment or be put on a waiting list of the government’s National Health Service that offers the service free of charge although it takes long before a person is attended to.

With Kenyan IVF clinics charging about Sh300,000 and the flight time between the two countries being manageable, clients from the UK prefer to get services here.

But even as the IVF sector grows and foreign clients flock to Kenya, the country lacks a legal framework to regulate the operations of IVF clinics in the country.

The local clinics use guidelines from other countries with established IVF practice in combination with the general medical code of conduct and regulations.

Nairobi IVF Centre has adopted guidelines in the Commonwealth, particularly the UK where the first test tube baby, Louise Joy Brown, was born in 1978.

“Inasmuch as we are using internationally accepted guidelines, we need homegrown ones that tell us what is wrong and what is right within our context,” says Dr Noreh.

“Such a law or guideline will also help deal with clients who come with outrageous demands which when we refuse to fulfil they insist that there is no Kenyan law prohibiting that. If a law is in place you can refer them to it.”

Dr Patel says the Aga Khan University Hospital has crafted their own guidelines which they use to administer IVF services.

Sources within the Ministry of Health indicate that a taskforce that was set up to collect views from Kenyans and make recommendations on the nature and depth of IVF legislation did not complete its work due to financial constraints.

Lack of resources and political will, as well as jostling in the ministries of Medical Services and that of Public Health and Sanitation, worsened the matter. Failure to offer allowances to taskforce members also compromised the pace at which business was conducted.

It is estimated that the remaining phases will cost not less than Sh15 million. By the time the team’s work came to halt, it had held public hearings in at least three districts and visited South Africa and India to learn about their IVF guidelines and legal framework.

The public hearings had managed to gather information on some of the key issues Kenyans want addressed.

The majority of the participants recommended the establishment of IVF clinics in government hospitals to make them cost-effective and accessible to infertile poor Kenyans.