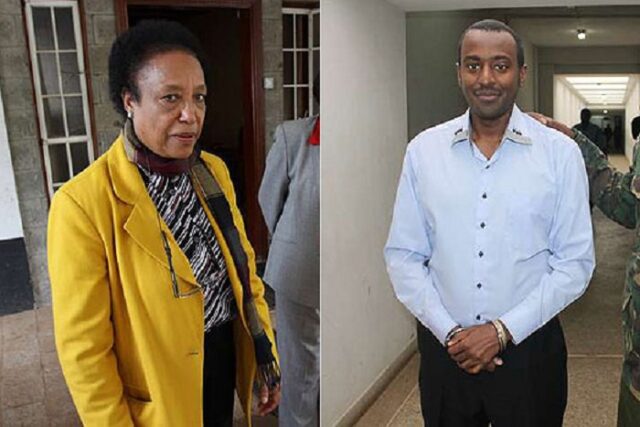 Nairobi magistrate Kiarie Waweru handed the death penalty to William after he found him guilty of robbing his father at gun point.

William was charged with violently robbing William Mulready Tett of Sh 1,000, credit cards and mobile phone all valued at Sh 157,000 at their Karen home on September 6, 2011.

The accused committed the offence jointly with others not before the court while armed with a revolver and a knife.

The prosecution said the accused went to their house accompanied by two other men and ordered Mr Tett to give them money.

Kenyan man behind Westgate attack on world’s most wanted…

They tied him with ropes and robbed him before escaping.

In mitigation, William pleaded for leniency saying he was remorseful and wanted to reconcile with his family.

However the magistrate said the only sentence provided for by the law for the capital offence is death penalty.-