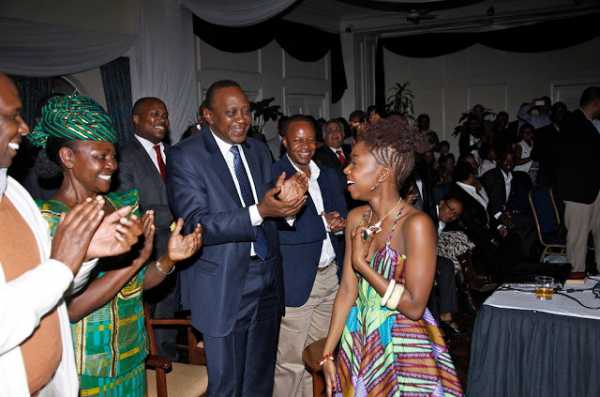 Lady Karun says there is no bad blood between her and Camp Mulla. The ever sassy and classy Lady Karun has come to talk of her new transformations. Everything about her has changed from dropping the famous Miss Karun tag to lady Karun. Her style of music has also changed from the usual hip hop flow to a cool mature theme.

It seems that her career is in a new transformation as she recently left tongues wagging when our swagged up President Uhuru attended her listening party. She however says that she regularly hangs out with Campulla and no love lost among them. Lady Karun discloses that initial plan for Camp Mulla was to experiment things when they did the smash hit” Party Don’t Stop”. But after the success,they decided to form a group.

However, lady Karun’s parents value education than music and that’s why she left the group for further studies in the U.S.A. Speaking to a local daily, Lady Karun praised labels such as MTECH for investing in artists and making music a meaningful business.

She also challenged Kenyan artists to work hard and not let little fame get over their heads. To her, Grammy will not be her end game because she wants to be a true legend. Currently she has a versatile 14 tracks album which is already doing well in the market.

Elders should retire from politics before collapsing, says Ruto