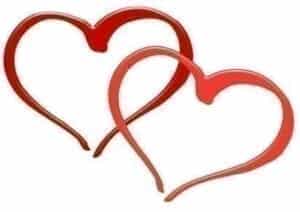 You like her company. You have a lot in common. You talk a lot on chat or via text message or via Whatsapp. You would be dead worried if she got hurt. You would punch the guy who breaks her heart. You are fond of her. You know her very well. She refers to you as a close friend. You probably call her your best friend, if not you consider her to be one. Many people have asked you if you are dating. You have fantasized about them severally. You know their phone number by heart. You have a girlfriend. She’s not your girlfriend.
Young man, you’re courting fire.
Substitute all the above hers to his and feminize all relevant masculine nouns and pronouns. Yes, this blog is talking to women too.
Related Posts
NEWS

Man Who Wooed Women through Tinder and Conned Them Banned…

We both cheated-Can our marriage be saved?

When my wife and I were in campus, we had a rule concerning our dating relationship. It was simple: the relationship is exclusive. While it sounds obvious, the lines of exclusivity become really blurry when a member of the opposite sex fits herself/himself into the equation. It is as if they are squeezing in-between a two-seater couch where you and your boyfriend/girlfriend are seated. The seat can only accommodate two but there’s an “invited” friend who has wedged himself or herself to participate in your lives. I say invited because one of the partners in the relationship allowed the stranger to sit or rather, they watched them sit and did nothing. A crowded couch is no fun. So, most likely, one original member of the relationship left because their partner won’t speak up to protect their intimacy in the relationship.
Relationships work best when they are exclusive. And for exclusivity to happen, those boundaries need to be drawn clearly and intentionally by both women and men.
Don’t make her number one; make her the only one

My wife and I have counselled a few of our dating friends concerning setting boundaries. When the ladies complain that the men are not giving them attention, the men get surprised when I ask them if there is another girl in their life, not to claim infidelity but just to inquire of a close friendship with the opposite sex other than the girlfriend. The answer most of the times is a yes. They then respond that they still don’t understand because even with this other friend of the opposite sex, they haven’t stopped calling, visiting, texting and complimenting their girlfriends. I congratulate them for not stopping doing those things but I reprimand them for doing those very things to the other girl who is “just a friend” or a “best friend.” You cannot have a smooth relationship with your girlfriend and still claim that the other girl seated on the relationship couch is just your best friend. It is often hard for the girlfriend to declare that she isn’t comfortable with your “best friend” because in the recent past you treat the best friend like she’s your girlfriend. You run to her rescue and it drives your girl mad if she hasn’t told you. She