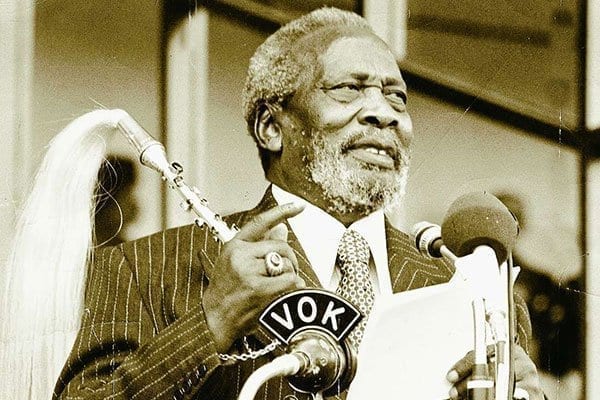 A decree issued by President Jomo Kenyatta four decades ago and which dictated who was allocated the much-sought after prime beach plots along the Kenyan Coast is non-existent and opaque, the Court of Appeal has ruled.

The Appellate Court observed that although it was being scrupulously enforced, the decree has never been anchored in any legal regime and cannot be traced to any legal grounding for evaluation and rationale.

The stringent enforcement of the requirement by Lands Ministry officials required those interested in buying first and second row beach plots to first seek presidential assent and clearance.

The directive was clearly communicated to all senior people in the Lands ministry, and only the Provincial Commissioner could identify and recommend those eligible for allocation.

As such, the judges dismissed an appeal by the Attorney General and agreed with a High Court decision that found fault with the 44 year old requirement which has largely been blamed for the skewed allocation of beach plots, leading to misgivings about ownership of prime land straddling the coastline.

“Neither the Registered Land Act, Registration of Titles Act nor the Land Titles Act, now all repealed, nor even the current land law regime has such provisions. Nor is there any statute or legal basis for requiring such consent,” they stated.

If the consent was not obtained, the lands officials would reject an application to transfer the plots and when challenged, they would explain that the presidential consent was required for security reasons and was in the national interest.

“Being a roadside declaration and having not been anchored in any law, where would the paper that the appellants are demanding of the respondents be found,” the judges posed.

The petition had been filed by former Mombasa Law Society officials led by chairman Mohammed Balala against the Attorney General, Commissioner of lands, Mombasa chief lands registrar, Coast registrar of titles and registrars of land in Kilifi, Lamu and Kwale counties.

In the High Court ruling, Justice Mary Kasango noted that the decree was an appendage of yesteryears, when presidential decrees were equated to law, and it therefore had no place in the Kenyan society of today since it is discriminative in nature.

As such, the judge prohibited the lands officials from demanding a presidential consent as a pre- condition to register transfers of land or lease situated on the first and second row along the beach declared the same as illegal and discriminative practice against owners of the plots and was therefore null and void.

In the appeal, the AG had stated that the President enjoys some discretionary power by virtue of his executive authority.

But the judges noted there was however nothing in Article 131 of the Constitution that would warrant issuance of such a directive and if anything the President is obligated to ensure the protection of human rights and fundamental freedom and rule of law.

“How can we say there is rule of law when we clothe the President with power not anchored in law and which is exercised in an opaque manner? How then will the

President be held into account if he was to exercise such power oppressively in a cavalier manner or capriciously or whimsically?” The judges asked.

The ruling now gives landowners the freedom to conduct transactions on their property without the tedious and lengthy land procedures experienced in lands offices.