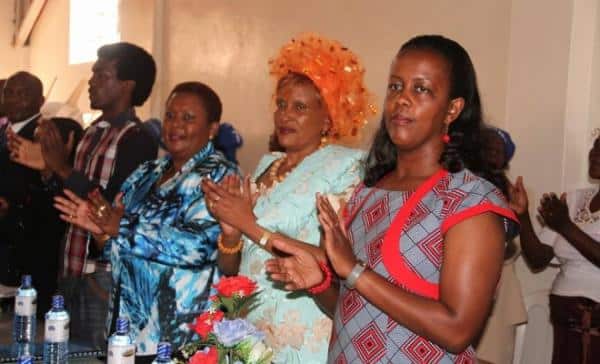 The issue of who’s the real Machakos first lady has taken a different turn after Kiambu Governor William Kabogo appeared to take sides on his Facebook page.

Alfred Mutua has continued to insist that Lilian is his only wife and therefore the first lady of Machakos. In February, after flagging off 70 ambulances, he wrote this on his Facebook page.

“Sharing a light moment with the Machakos First Lady Lillian during the launch of the Machakos County Comprehensive Health Care Program at the Machakos Stadium.”

The circumstances that led to separation of Mutua and his first wife Josephine Thitu remain unclear, but despite Lilian appearing in all public events, Josephine maintains that she’s the lawful wife of the governor. Together with Mutua, they have 3 children, twins aged four and the eldest child aged seven.

Now, Kiambu governor seems to have joined the debate.

Writing on his Facebook page last week, the governor appeared to ‘endorse’ Josephine as the real first lady. It was after a first ladies’ event in Thika that Kabogo wrote this post.

Alongside these photos. (Josephine is the lady in a red handbag)

Does this mean we have two first ladies in Machakos?