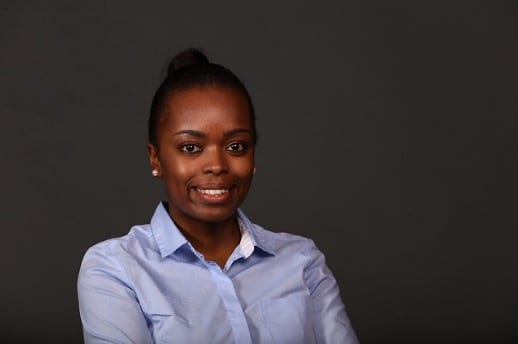 A Kenyan girl studying in the US,Miss Joy W.Thairu, a Finance Major at Suffolk University in Boston, has been nominated by the University to be included in the 2016 edition of Who’s Who Among Students in American Universities and Colleges.
Joy’s early education Started at Loreto Convent Valley Road in Nairobi, Kenya.She is the daughter of George T. Wanyoike and Beatrice Wanjiku of Massachusetts.

The Who’s Who program has been a nationally recognized institution of the American academic community for over 80 years, with more than 1,000 colleges participating.   Each year, Who’s Who awards three scholarships in the amounts of $5,000, $3,000 and $2,000 in a random drawing of all honorees who complete an online profile.

You can read more about the program, legacy and scholarships here.

Joy will be included in the 2016 volume of Who’s Who Among Students.