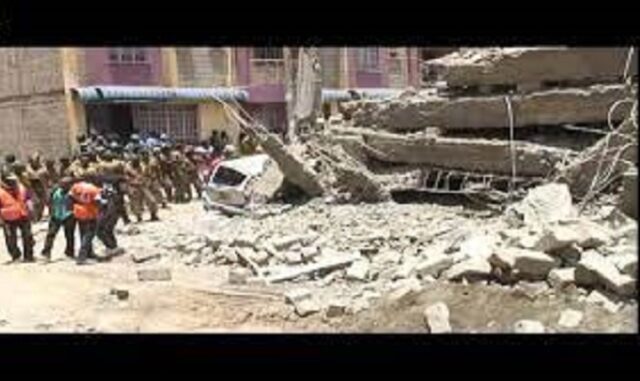 Nine workers were injured when a building under construction behind Thika Road Mall, Roysambu collapsed on Thursday.

The nine were evacuated to Neema Hospital off Thika Road after the incident that occurred at about 11am.

Speaking at the scene, Sang said the collapse may have been due to faults related to a hurried construction.

A vehicle was also damaged when the six-storey residential building collapsed.

Kasarani AP and General Service Unit officers and the National Youth Service are part of the rescue team.

David Vs Goliath: Merciless House Girl Beats Up Woman in…

In January, Nairobi Governor Evans Kidero issued a warning to contractors who did not meet the approved construction standards.

Kidero made the remarks following the collapse of a building in Huruma in which five died, and another in Makongeni in which four were killed last December.

Kenyan man dies in his apartment in Toronto Canada