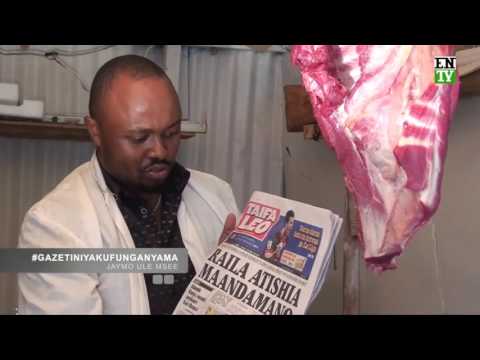 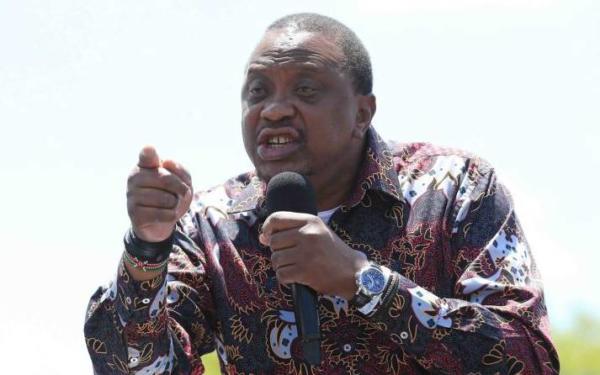 #GAZETINIYAKUFUNGANYAMA, GENESIS OF THE PHRASE:
What started as an off-the cuff remark by the Deputy President is slowly becoming one of the most popular phrase among government officials.

President Uhuru Kenyatta on Sunday went on record again stating that newspapers are for wrapping meat in butcheries.

The first time the president went on record with the statement was in December 2013 at a public rally in Chuka town after a ceremony at Chuka University.

The statement started when Deputy President William Ruto told congregants at a church in November 17, 2013 to read the newspapers and later use them to wrap meat.

The popular statement gained currency when the National Assembly was debating the Media Bill which many termed as draconian, it was later passed with minimal amendments.

It has now become popular among government officials leading to a discussion on twitter under hashtag #GazetiNiYaKufungaNyama.

By Monday morning it was the top trend with numerous memes of the president in a butchery wrapping meat with newspapers.

Some of those who tweeted their reactions under the hashtag rubbished the remarks stating that the media exposes ills in the government hence the distaste by officials.

@akokoalvin tweeted, “After un-wrapping the nyama, we always find a message they don’t want us to know.  #GazetiNiYaKufungaNyama.”

Others felt that there were more serious issues that the President ought to have dealt.

Other users supported the statement and even offered alternative uses of newspapers. 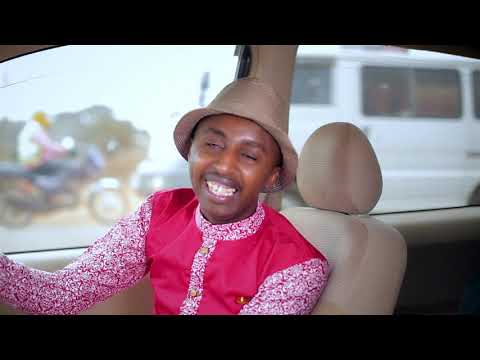 I am a Product of Ukraine, I am Grateful to Ukraine, Today I Cry for Ukraine-Liz…

The Many Faces of Kenyans In America: May be even on the Moon?