Kenyan men are the least likely to have children with more than one woman out of 25 African countries, according to a recently released report.

Kenya is over-taken by countries like Uganda, Nigeria and Ethiopia to emerge bottom on the list of countries in Africa with a high number of “bad boys.”
According to the report titled State Of The World’s Fathers produced by MenCare, African men are among the most likely in the world to father children with more than one woman.
MenCare is a global campaign to promote men and boys’ involvement as equitable, non-violent caregivers.
Related Posts
NEWS

Out of 39 countries around the world, African countries take up 25 slots on the rankings where men have children with multiple women.

The multi-women fathers include polygamous men, married men who cheat on their partners, and unmarried men having sexual relationships with different women. 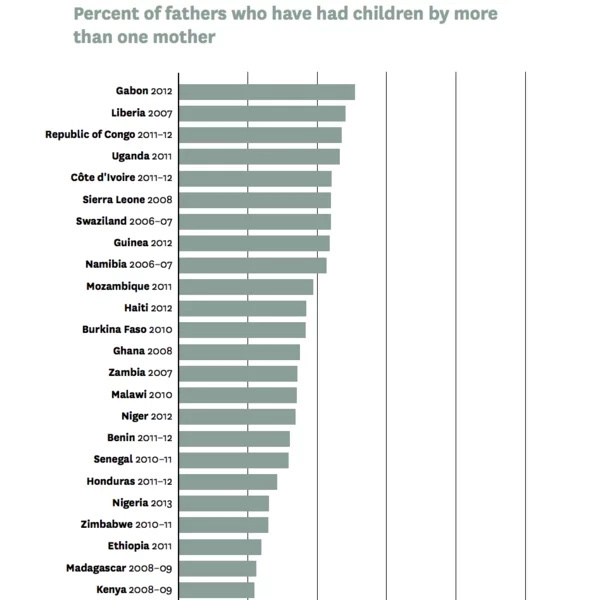 Although the data doesn’t show whether the multiple relationships are simultaneous or sequential, the report indicates that having children with more than one partner “complicates decisions to plan, prevent, or time a pregnancy.”

The report also looks at the role of fathers as caregivers. Although men might want to be more involved in raising children and in domestic tasks, there is often a lot of resistance and stigma, the 2015 reports says.

Most African countries have some form of official paternity leave, where Kenya is one of Africa’s best for this, mandating two weeks of paid paternity leave.

In 29 countries in Africa, it is just 1-6 days. Tunisia gives one day paternity leave, South Africa and Tanzania give three days, Ethiopia gives five days of unpaid leave “in the event of exceptional or serious events.”

Boost for Uhuru in Nyanza as Ongari and Ombui join TNA