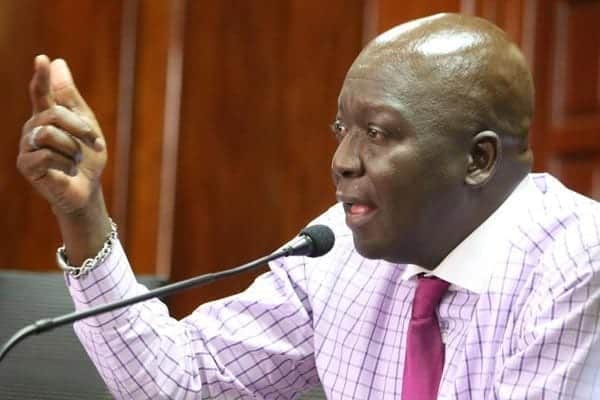 Although he did not name the individual MPs, Mr Midiwo said he knew the Orange Democratic Movement (ODM) legislators who were doing business with the Jubilee government through the NYS projects.

He, however, denied claims that he was among the ODM lawmakers who have benefited from the tenders.

“There are allegations that I am working with the Jubilee government and that I have benefited from the NYS projects. Such claims are false and misleading,” he said.

The claim that Midiwo was working with the Jubilee Government was first raised by ODM Director of Political Affairs Opiyo Wandayi, who had accused the Gem legislator of supporting the Jubilee coalition to fight Coalition for Reforms and Democracy (CORD) leader Raila Odinga.

“He is not with us. He only supports ODM during the day but at night he works for Jubilee,” Wandayi had said at a press conference in Kisumu.

But speaking during a morning talk show at a vernacular radio station yesterday, Midiwo turned the heat on some of his colleagues in ODM; especially some Luo MPs, who he accused of benefiting from dubious deals at NYS.

“I have never transacted any business with NYS, but I know some of us who are benefiting from the deals,” he maintained.

NYS is currently in the spotlight following the loss of Sh791 million at the institution, with Raila leading an Opposition onslaught calling for the resignation of Devolution and Planning Cabinet Secretary Anne Waiguru, in whose docket NYS falls.

Most CORD MPs have signed a motion by Nandi Hills MP Alfred Keter to impeach Ms Waiguru, but the revelation by Midiwo could put some Opposition legislators on a collision path with their colleagues.

Some Jubilee alliance MPs had accused CORD of being hypocritical in its demand to have Waiguru sacked and even raised the claim by Mr Midiwo.

When half of Africa’s leaders came calling for Tokyo summit