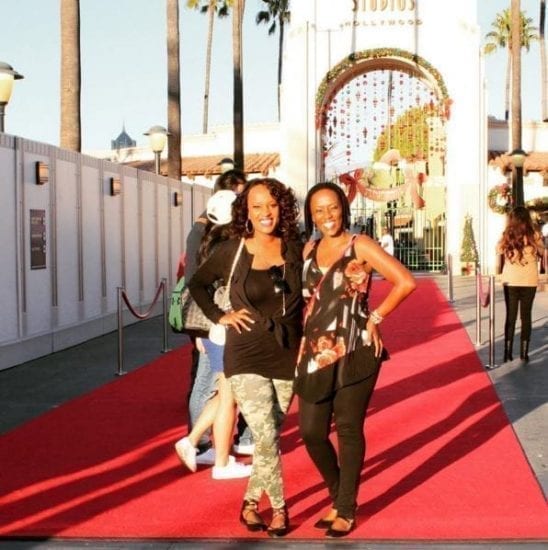 If there is someone who is already enjoying the holiday to the fullest, it has to be television presenter Kobi Kihara.

The NTV presenter is currently in the United States and in particular Hollywood, where she has been left star struck by some of the mega stars she has met. Luckily for her she had a Hollywood Exec. , Nimo Mathenge to take her to some of the cool places and met some of the stars. One of the famous actors she met was Sean Penn.

Kobi and Nimo also got to goof around with ‘Johnny Depp’ mannequin. She also visited Jimmy Kimmel studios and got a red carpet treatment in addition to visiting Disneyland.

Here are some photos

Amazing:Kenya To Manufacture Its Own Armoured Military Vehicles