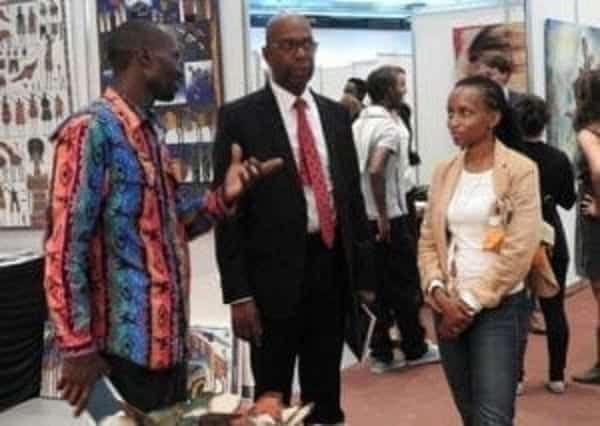 Newly wed Wambui Kamiru, who married Safaricom CEO Bob Collymore over the weekend, took time off honeymoon to respond to her critics in passionate letter addressed to her children.

Mrs Collymore penned an emotional letter on her personal blog dubbing it ‘A letter to my children.’

In the letter, she sought to clarify what her children will read from the internet about their mother stating that her marriage to the man she loves and respects was widely discussed on social media.

“My marriage to the man that I love and respect had some interesting effects on the conversations on Twitter and Facebook (these may be obsolete by the time you are reading this). However, for a few days there, lots of Kenyans talked about “tribalism” and some admitted their desire to leave and go to another country because of how unbearable it can sometimes be to live in a society where people first judge you by your “tribal” origin. A lot of people refused to be part of the conversation, arguing that it should no longer matter. These people are the reason why we will still have a country to call home,” Mrs Collymore wrote.

She went on to hope and pray that by the time her children read her post things will have changed in the country and that her son will not care to ask the tribe of a lady before asking her to marry him.

“Because it won’t matter anymore. Because by that time, we will see each other as Kenyans whether we are of European Origin, Somali Origin, Asian Origin, Kikuyu, Luo, Kamba, Taita, etc. And beyond that, we won’t even be fighting each other on the basis of religious background,” she wrote.

Mrs Collymore went on to describe how some critics even referred to her as a gold digger and had become more successful after marrying a man who leads Kenya’s telecommunication giant.

“To you my daughters, your husband is not your value. If you make him your value, then you make yourself of less value. You should only add value not seek value from a man, but you can only add value if you are of value. To my son, I pray that whoever you end up spending your life with adds value to your life. I pray that you add value to their life. Your life together,” she wrote.

The emerging issue of light skinned women did not escape the observation of the newly wed as she weighed in stating that it should not matter.

“In my time, when my wedding was the news, we had a number of beautiful girls who bleached their skin because our society placed value on light skin. These girls remain beautiful and through them, we remember that we have to protect our spirits from humans that love division. These beautiful women only tell us what we sometimes choose to deny, that humans can be superficial and only look at people from the surface of their bodies. It wasn’t because they hated themselves but rather that they understood human nature, both good and bad,” she wrote.

Mrs Collymore, who has children from her previous marriage added that she prays that by the time her children are teenagers, skin colour will not matter.

The newlywed couple tied the knot in an invite-only affair held at a private residence in Kitisuru with only family and close friends in attendance.

It was only a day later that photos of the simple but elegant ceremony were shared on social media sparkingdiscussions on who the woman was.

Mrs Collymore is the founder of The Art Space, an independent commercial art gallery situated on Riverside Drive, Nairobi, according to her website.