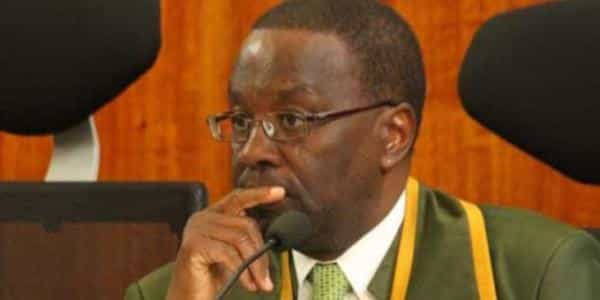 Chief Justice Dr Willy Mutunga’s comments on the manner the police handled demonstrations led by the Opposition outside IEBC offices, were not received well by a section of Kenyans who resorted to bashing him.

2: Faulkner’s quote is my very painful reflection that teargassing of peaceful demonstrations has not been our past since our independence!

However, his tweets caused anger on social media with a section of users castigating Dr Mutunga for his supposed support of violent demonstrations and activism.

Among prominent persons who expressed their anger at the CJ were National Assembly Speaker Justin Muturi and Senior Director of Public Communication at State House, Munyori Buku.

@WMutunga it’s shocking that you concur with those who storm offices to eject others. How nice it would be to throw you out in that method

Speaker Muturi on the other hand told the Star on Tuesday that the Chief Justice should stop street civil society activism.

“What happened when CORD were breaking gates to access the Independent Electoral and Boundaries Commission is a clear indication of their planned violence and someone was tweeting to tell us the demonstrations were peaceful,” the Speaker said.

Amid the contention sparked by his sentiments, Mutunga responded highlighting that he was surprised at how his quote had been perceived through ethnic and partisan points of view.

1: I am surprised at responses to my quote of Faulkner. The responses as usual reflect usual ethnic and partisan divisions

Mutunga further expressed that Kenya was doomed if tribalism and partisanship guided all interactions.

2: We will never develop as a country as long as all discourses are interpreted through ethnic and partisan lines!

BRITISH MAN WHO KILLED KENYAN GIRLFRIEND TO APPEAR IN COURT