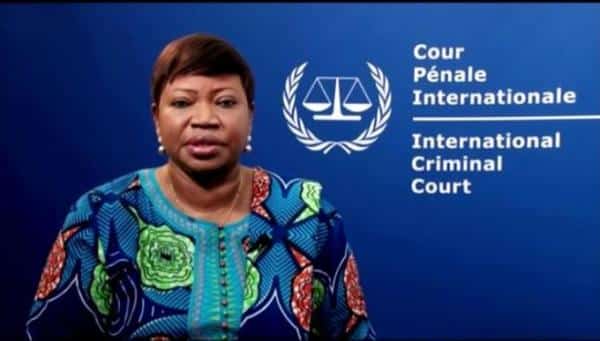 Yesterday, a majority of the Judges of Trial Chamber of the International Criminal Court vacated the charges against Messrs William Samuel Ruto and Joshua Arap Sang.

The Chamber declined to acquit the accused due to the special circumstances of this case. In so doing, the Chamber endorsed the Prosecution’s position that this case has been severely undermined by witness interference and politicisation of the judicial process.

The Chamber made it clear that their decision is without prejudice to the presumption of innocence or the Prosecution bringing the case on the basis of the same charges in the future, or in a different form, in light of new evidence.

We regret that due to deliberate and concerted efforts to derail this case through witness interference, the Judges have been prevented from determining the guilt or innocence of the Accused on the full merits of the case. What is also troubling is that the onslaught against this case has – for now – denied the victims of the 2007-2008 election violence in Kenya the justice they so rightly deserve.

We are currently in the process of carefully assessing the Trial Chamber’s decision to determine the appropriate next steps.

The fact is that Prosecutions before the ICC can stand or fall on the willingness of witnesses to come forward and tell their story in the courtroom.

In this case, 17 witnesses who had agreed to testify against the Accused subsequently withdrew their cooperation with the Court.

Prosecution witnesses in this case were subjected to intimidation, social isolation and threats to prevent them from testifying. In the end, the Trial Chamber was in effect prevented from having the opportunity to assess the true merits of the Prosecution case.

It has been a difficult journey since the Office of the Prosecutor opened its investigation of the 2007-2008 election violence in Kenya in March 2010. Our one, consistent objective has always been to secure independent and impartial justice for the many victims of that violence.

The violence that swept through Kenya following the elections of December 2007 was shocking to all. Neighbours took up arms against neighbours; Kenyans turned on fellow Kenyans; men, women and children were burned alive, raped or hacked to death. Over a thousand Kenyans were killed; thousands more were injured; and over two hundred thousand people fled their homes.

In accordance with our mandate under the Rome Statute, we decided to initiate an investigation into the post-election violence only when it was clear that the victims of that dreadful violence had no other recourse to justice in Kenya and their pleas for accountability had fallen on deaf ears.

This Office engaged in principled and diligent efforts, from February 2008 to November 2009, to encourage the Kenyan authorities to fulfil their duty under the Rome Statue to investigate and prosecute those who orchestrated and inflamed the 2007-2008 violence. Although the Kenyan authorities agreed to establish a Special Tribunal by November 2009, that date came and went. With increasing urgency, Kenyans from all walks of life called on the ICC to exercise its jurisdiction.

The ICC intervened in Kenya when it became clear that a Special Tribunal would not be established. Notwithstanding the changes ushered in by Kenya’s new Constitution in 2010, the Government of Kenya appeared to be unable to hold individuals from Kenya’s political elite accountable for resorting to violence to achieve political goals.

The Rome Statute of the ICC defines my mission: to combat impunity for the most serious crimes of concern to the international community, by investigating and prosecuting those crimes – professionally, fairly, and without fear or favour.

My Office does everything within its power to ensure that those who are responsible for crimes within the Court’s jurisdiction are brought to justice. As Prosecutor, I am deeply, personally committed to ensuring that this Office upholds the highest standards of integrity, professionalism, and effectiveness in fulfilling its mandate.

The  requires my Office to exercise its powers to establish the truth. In this case, we endeavoured to identify, secure, and place before the Judges, evidence that could assist them to determine whether the Accused were responsible for violence that was unleashed on Kenyans in the Rift Valley following the 2007 election.

Yet, despite our resolve to unveil the truth and advance the course of justice in Kenya, this case was ultimately eroded by a ‘perfect storm’ of witness interference and intense politicization of the Court’s legal mandate and work.

There was a relentless campaign to identify individuals who could serve as Prosecution witnesses in this case and ensure that they would not testify. This project of intimidation preceded the start of our investigation in Kenya, intensified in the weeks leading up to the beginning of the trial, and continued throughout the life of the case.

As a result, potential witnesses told us they were too afraid to commit to testifying against the Accused. Others, who initially gave us accounts of what they saw during the post-election period, subsequently recanted their evidence, and declined to continue cooperating with the Court.

In addition, at public prayer rallies, local politicians and community leaders branded Prosecution witnesses as liars who had all given false evidence. On social media, anonymous bloggers engaged in a steady stream of speculation about the identity of protected witnesses. This speculation frequently devolved into vitriolic commentary about witnesses’ motives for cooperating with the Court.

This, then, is the harsh reality that witnesses, and in certain instances their families, faced in this case. Witnesses, however, should be embraced for the critical role they play in the Judges’ determination of the facts, and admired for their courage. No witness deserves to face what the witnesses in this case have had to confront.

Within our mandate and means, we sought to counter interference with the administration of justice in this case, by investigating incidents of witness intimidation or corruption, documenting the evidence, and apprising the Chamber of the situations as they arose. We obtained from the Judges additional protective measures for witnesses.

Following our investigations, we also sought and obtained warrants of arrest for Messrs. Walter Osapiri Barasa, Paul Gicheru and Phillip Kipkoech Bett, on charges of obstructing the course of justice. As noted in yesterday’s decision, the Accused, Messrs Ruto and Sang profited from such interference with the administration of justice.

None of the three suspects, who have been charged by the Court with obstructing the course of justice in this case, has yet been surrendered to the Court by the Government of Kenya.

I call on the authorities of the Republic of Kenya to fulfil their obligations under the Rome Statute, and surrender these three suspects to the Court without further delay, so their guilt or innocence of the charges against them may be independently and impartially determined in a trial.

The witness interference and hostile environment referenced in yesterday’s decision underscore the necessity for the Government of Kenya to honour its obligations and surrender these suspects to the custody of the Court.

We also sought to use creative legal measures to preserve the evidence we had collected. When key witnesses changed their account of events, we obtained the assistance of the Trial Chamber to compel them to appear before the Judges, so their competing versions of events could be tested before the Chamber.

When we had collected sufficient evidence to demonstrate that witnesses were recanting their initial accounts because of interference, we applied to the Trial Chamber to admit the initial evidence of those witnesses under the amended Rule 68 of the Court’s Rules of Procedure and Evidence.

However, on 12 February 2016, the Appeals Chamber decided to reverse the Trial Chamber’s decision to admit into the record of this case the initial, incriminating testimony of witnesses who had been interfered with.

Notably, although the Appeals Chamber ruled that the amended Rule 68 could not be applied retroactively to admit into evidence the initial testimony of witnesses who recanted, it did not reverse the Trial Chamber’s conclusion that there was systematic interference with witnesses in this case.

It is worth underscoring the point that, despite the misinformation and misunderstanding that appeared in both social and traditional media, this was never a case that targeted a country or a particular community within a country. Similarly, we must never forget the hundreds of participating Kenyan victims in this case.

This was not a case about the collective responsibility of the Kalenjin, Kikuyu, Kisii, Luo, Maasai or the people of Kenya.

This was a case of an individual having to answer to criminal charges brought against him in his personal capacity and whose guilt or innocence was to be determined in a fair and impartial trial.

As a State Party to the Rome Statute, the Government of Kenya has both an international and constitutional obligation to assist the Office with our investigations.

However, despite repeated assurances of cooperation with the Court, the Government of Kenya provided only selective assistance to the Prosecution. The net result is that my Office did not have full access to documents and records that may have had probative value or been able to further shed light on the truth.

Ultimately, the hurdles we encountered in our efforts to investigate and prosecute have frustrated the course of justice for the victims in this case, and this must be a matter of profound regret.

We learn from our setbacks. This Office is committed to reviewing, adapting and improving its working methods. Indeed, since I became Prosecutor in 2012, we have implemented a series of changes to enhance the effectiveness of our work, on the strength of lessons learned. Our latest strategic plans are just one example of such concrete efforts, which are already bearing fruit in practice.

I want to take this opportunity to thank all those who supported the Office’s work in Kenya, first and foremost, the victims themselves.

I thank the witnesses in this case, who courageously came forward and testified at great personal cost. I wish to thank a special category of Kenyans – farmers, doctors, journalists, humanitarian workers and others – who from the outset may have been unwilling to serve as witnesses in this case, but nevertheless provided us with critical insights into what happened during that tumultuous post-election period.

Indeed, I wish to thank all those, inside and outside of Kenya, who bravely and tirelessly facilitated and supported our work in Kenya because of their conviction and commitment to the cause of justice. Finally, I wish to thank the States Parties to the Rome Statute who cooperated with the Office in relation to this case and firmly stood by the principles enshrined in the Rome Statute.

During the course of this case, I have been deeply touched and humbled by the extraordinary courage, conviction and perseverance of so many Kenyans with whom we have interacted.

Yesterday’s decision sends a strong message: witness interference and perverting the cause of justice will not be tolerated at the ICC. Time is on the side of justice.

Notwithstanding the challenges my Office has faced in this case, we remain firm in our pursuit of international criminal justice.

Bahati apologize to baby mama, pleads to be invited to her wedding

Diaspora say No to Raila swearing In