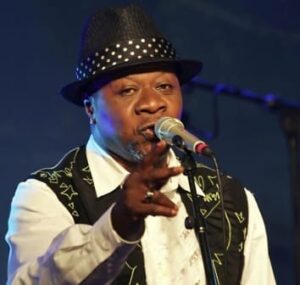 Hardly a week after his grand burial that saw thousands of mourners from all walks of life in attendance, reports of Congolese music legend Papa Wemba’s heavily pregnant teenage ‘girlfriend’ has since emerged in various social media platforms drawing different reactions from his music fans across the world.

According to reports by various social media platforms the girl in question who declined to mention her name claims to have had a long term relationship with the late King of Rhumba.

She even went ahead to send cozy pictures of the two of them together in her face book wall.

It is further claimed that the teenage girl who at some point declared their love affair in Paris way back is yet to come to terms with the fact that her celebrity ‘lover’ and the ‘father of her child’ is no more.

According to her not only will be her unborn baby have the chance to meet his  celebrity father- (a man who not only redefined the Congolese music making it acceptable across the world but also had many hits under his name)- but the question lies in their future ahead.