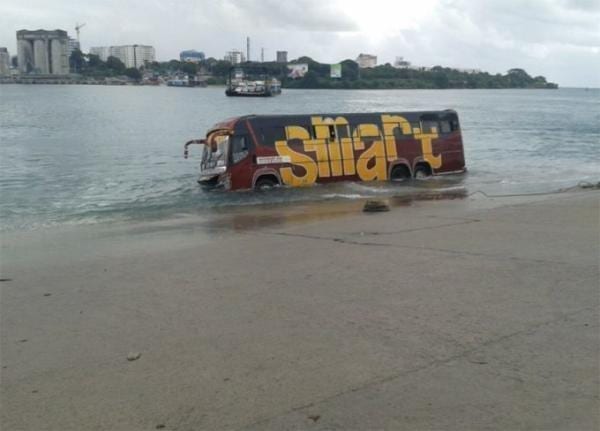 Transport along the busy Likoni channel on the mainland side was today (Thursday) morning affected after a bus ferrying passengers from Tanzania to Mombasa Island plunged into the sea after its brakes failed.

Confirming the incident, Mombasa OCPD Willy Simba told Citizen Digital that the incident occurred at around 4.00am, with the bus from SMART Company blocking part of the rump thus allowing only one ferry to dock at the ramp.
PHOTOS: Bus plunges into sea at Likoni ferry

Kenya Navy military officials were at the scene as Kenya Ferry Services employees, led by their acting Managing Director Khamis Gowa, tried to remove the passenger bus that had caused a huge traffic jam along the busy Mombasa Lunga Lunga Highway.

Thousands of passengers crossing to Mombasa Island and the South Coast, including business operators and students, were also affected by the early morning incident.

No one was injured during the incident.