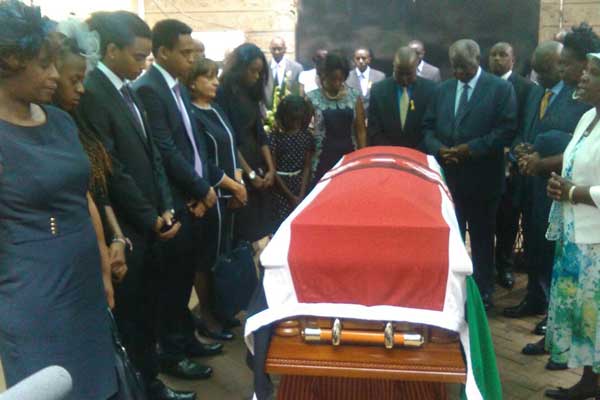 The requiem Mass for former First Lady Lucy Kibaki was held Wednesday at the Consolata Shrine in Westlands, Nairobi.

Close members of the family, led by former President Mwai Kibaki, held prayers beside the casket that was draped in the Kenyan flag at the Lee Funeral Home before it was driven to the church.

Dozens of leaders, including President Uhuru Kenyatta and his deputy William Ruto, attended the funeral Mass.

Another Mass will be held at the Othaya Approved School in Othaya on Saturday. Mr Kibaki’s home is in Othaya.

Mrs Kibaki passed away while undergoing treatment at Bupa Cromwell Hospital in London, the United Kingdom, on April 26, 2016.

Jubilee backs Kidero against bid to sack him