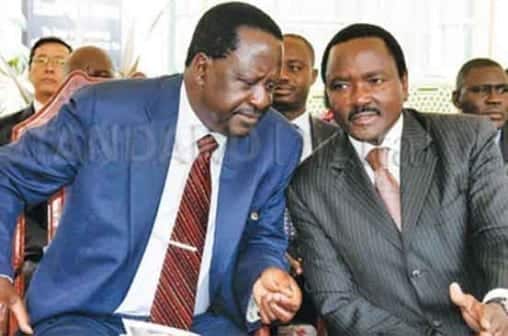 Opposition leader Raila Odinga’s assertion that an agreement struck prior to the 2013 presidential vote is no longer valid has stirred CORD. Raila declared that the contentious memorandum of understanding was no longer binding because he did not win the presidency.

The ODM leader explained that the agreement was for him to govern for one term and then hand over power to Kalonzo Musyoka in the General Election due next year.

In 2013, Raila was CORD’s presidentialcandidate and Kalonzo was his running mate, and the understanding, according to the former premier, was that had he become President, he would have endorsed his deputy to succeed him.

“We have not run the government yet and, therefore, there is nothing to hand over. It is an agreement which has been frustrated by circumstances,” said Raila, delving into the contentious MoU that has overshadowed discussions on the coalition’s presidential flag bearer.

Raila even suggested that CORD should maintain the 2013 line-up for next year’s elections, which saw Ford Kenya party leader Moses Wetang’ula assume the position of minority leader in the Senate as the coalition failed to secure the majority leader’s post.

Kakamega Senator Boni Khalwale, an ally of Mr Wetang’ula, yesterday said he was happy about Raila’s statement saying it confirmed that ODM would not honour the 2013 MoU.

“What Raila said confirms that he would not honour the MoU because of the circumstances,” Dr Khalwale said.

Kalonzo has insisted on Raila honouring the agreement, while Wetang’ula has maintained that it should be discarded for a new one that details the method of choosing the CORD presidential candidate.

“The contradicting statements by the three principals now shows the need for them to soon sit down, reason together and decide who will fly the coalition’s flag,” said Khalwale.

Ford Kenya Secretary General Eseli Simiyu said Raila was just expressing his wishes when he made that statement.

“We are all going to sit down as leaders of the Opposition and find a way of addressing the matter. I know Jubilee and the media are putting pressure on us so that we can name our flag bearer now. We shall not succumb to that pressure,” said Dr Simiyu.

Wiper Secretary General Hassan Omar said there was no problem with Raila asking Kalonzo to support him again in the next General Election but that the coalition would decide who the flag bearer would be.

“Kalonzo also declared that he will go for the presidency and asked Raila to support him and so it was very much in order for the principals to each want a chance, but the fundamental issue is for the coalition to arrive at the flag bearer and keep its unity,” said Mr Omar.

The Mombasa senator said the coalition’s primary goal was to have a presidential candidate with the greatest chance of beating President Uhuru Kenyatta in next year’s elections.

Kiminini MP Chris Wamalwa said the 2013 MoU would be reviewed and amended to reflect the prevailing situation.

He concurred with Raila that the MoU did not stand as they had not taken over Government.

“Currently, nobody is stopped from contesting the flag bearer’s position. We will sit and through consensus will come up with a framework that will help us choose not only the CORD’s presidential candidate, but also the deputy and other positions in Government. I am sure our unity will remain intact,” said Mr Wamalwa, who is also a member of the CORD executive board.

Raila’s statement also confirmed that the MoU was between him and Kalonzo, therefore isolating Wetang’ula who insists he is the coalition’s best bet for the presidency.