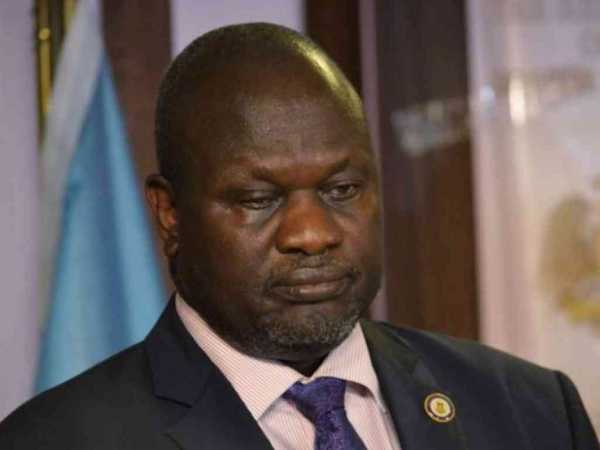 The government has said it is considering slapping tough sanctions on South Sudan opposition leader Riek Machar amid fears of renewed fighting in Africa’s youngest nation.

The National Assembly Defence and Security committees warned that the government will bring a motion before Parliament to ban Machar and his allies from stepping into Kenya.

Chairmen Asman Kamama and Ndungu Githinji said the motion will also seek to have South Sudan, which was recently admitted to the East African Community, expelled from the regional bloc.

They said Machar’s relatives, said to be living in Nairobi, should be deported to Juba as part of the tough sanctions aimed at preventing Juba from sliding back to a full blown war.

The two committees strongly condemned comments by the country’s opposition leader, calling for a return to war against Salva Kiir’s government.

They said on Wednesday that Machar’s comments were ” unacceptable and inexcusable” and demonstrated the leader’s lack of concern and value for the people of South Sudan.

After talks with allies in Khartoum late in September, Machar, the country’s former First Vice President, ordered his forces to reorganise for “armed resistance” to the South Sudan government.

“We find the fresh calls for war unacceptable and inexcusable. We want Machar and his allies to go back to the negotiating table as an option to pursue and address his grievances,” Kamama told a press conference at Parliament buildings.

“Taking the people of South Sudan back to the trenches must not be an option.”

Saying the instability in South Sudan threatens Kenya’s economic interests amid an influx of refugees into the country, Kamama said the bloodletting in the nation must come to an end and Machar barred from accessing any East Africa country.

Kenya has lost businesses with some branches of banks including KCB, Co-operative and Equity getting burned down in the capital Juba.

“The war threatens the continent’s largest Lappset project. Machar and his allies cannot live in comfort in Nairobi and have his children go to better schools while people continue to die in South Sudan,” said Kamama.

Githinji said Machar cannot be allowed to use any capital in the region as a launch pad for his atrocities back home, against innocent citizens, after failing to perform his duties as Vice President.

“Machar and his allies cannot be allowed to enjoy the comfort and relative calm of capitals with their children going to school as they sponsor wanton and gutter destruction of lives and property in Juba,” he said.