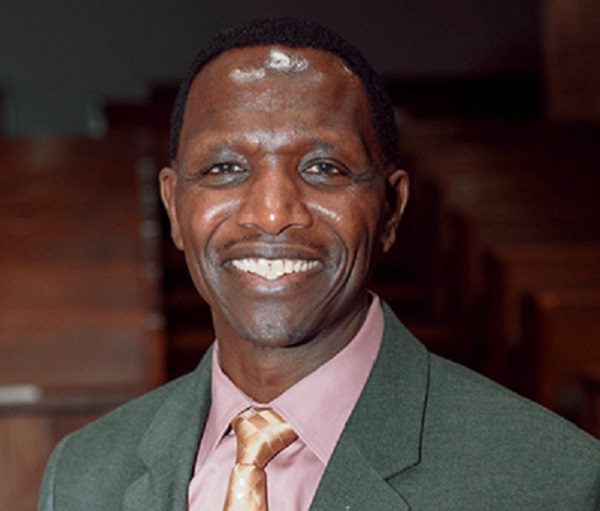 Considering the rhetoric of Trump during the presidential campaign, many concluded that he would be the worst president for this country. Because the United States of America is one of the most powerful nations on earth, this would definitely not be a good thing for the whole world. Many prayed asking God to prevent him from winning the election but he won anyway. The news that Donald Trump is the next President has caused shock, fear, and uncertainty across the globe. In the US, roughly half the nation is rejoicing and the other is very sad, hurt, and in fear.

In response to yesterday’s devotion, an American friend wrote,

“Thank you for the devotion of the November 9. It was very timely.  As you know, after the election results, many are grieving, mourning, disheartened and hurt. I am one of them. I actually cry not for joy, but for sadness when I think of my country. I did share your devotion on my Facebook page to encourage others.”

And from across the Atlantic, a pastor in Africa responded:

“Thanks very much for your message this morning .It is so encouraging to so many people across Africa. I start now forwarding to them and tell each to forward to others.”

IT MAY NOT BE THE IDEAL PLACE, BUT GOD WILL BLESS YOU…

GOD SPEAKS THROUGH SIMPLE INSTRUCTIONS-God could be talking…

Michelle Maltais wrote a commentary in the Los Angeles Times titled Donald Trump is Our Next President. What Do We Tell the Children?

She began with the following quotation:

“My kid went to bed believing in the best of America,” wrote one of my friends. “I can’t bear to wake him up.”

Then she continued to write:

“Parents always want to be able to say to their children, “You are safe.” But at this moment, there are millions of Americans who cannot say that convincingly, even to themselves.”

She continued to write why this is difficult for parents to explain to their children.

“Throughout the campaign, the veneer of civility was ripped away, revealing a coarseness, misogyny, xenophobia and racial hatred that had apparently percolated below the surface in so many corners undetected.

Parents struggled to contextualize for their children that a candidate for the highest office in the country displayed the very vulgarity and bullying behavior many families and schools worked so hard to combat.”

Her next comment shows that parents are struggling to explain this to their children.

“In my own social feed, some have said they’ll tell their kids  “in real life the bad guy wins way more often than the good guy.” Many said they cried with their kids, who had stayed up to watch the returns.”

It is evident that millions of people across the globe are in pain, grieving, mourning, disheartened, and hurt. It is overwhelming to hear many expressing this pain, and fear for their future. This is why I titled this devotion: Why Did God Allow Donald Trump to win this Presidential Elections?

This question assumes that Donald Trump will not change and that he will follow up on his rhetoric promises. In other words, he will be a nightmare for the nation and the world. If this is true, then why did God allow him to be the next president of the United States of America?

Let me state this question in a more correct theology or inline with a Biblical language: Why did God ordain Donald Trump to be the next president of the United States of America?

According to Romans 13, God has ordained everyone who rises to power.

Based on this Scripture, it is clear that God has ordained Donald Trump to be the President of the United States of America. In other words, it is God’s will for him to be the next President. So the question remains, why? For now, none of us can say for sure we know the answer. We can only speculate and hope that we are right. Hopefully during or after his presidency we will all know why God ordained him to the highest position in the land.

Here are two facts concerning how God sometimes operates. First, this is not the first time God has ordained a not so good or an outright evil person into power. Here are two examples from the Old Testament.

With my great power and outstretched arm I made the earth and its people and the animals that are on it, and I give it to anyone I please. Now I will give all your countries into the hands of my servant Nebuchadnezzar king of Babylon; I will make even the wild animals subject to him. All nations will serve him and his son and his grandson until the time for his land comes; then many nations and great kings will subjugate him.

In this passage, God calls an evil pagan King his servant.

Who says of Cyrus, ‘He is my shepherd

And will accomplish all that I please;

He will say of Jerusalem, “Let it be rebuilt,”

And of the temple, “Let its foundations be laid.”

In this second example, God calls Cyrus the King of Persia “my shepherd” yet he was an evil and pagan King.

These examples show us that it is not out of character for God to ordain the worst of human beings to power. He raised King Cyrus of Persia and Nebuchadnezzar King of Babylon to power in order to accomplish His own purposes. Based on these two examples, God’s will does not always translate into a blessing for his people. In the second example, God raised King Nebuchadnezzar into power in order to use him to punish His people in the land of Judah who had rejected Him and worshipped other gods. King Nebuchadnezzar came and conquered the land of Judah and burnt down the city of Jerusalem. H then took the children of Israel into exile in Babylon where they stayed for 70 years. This is why He said,  “my servant Nebuchadnezzar king of Babylon.”

After the exile period was over, God used King Cyrus of Persia to return the exiles back to the Promise land and to rebuild the Temple of God in Jerusalem. This is why He says of King Cyrus, ‘He is my shepherd.’

Now the question we must ask ourselves is this: For what purpose has God raised Donald Trump to power? Why now? Is he going to be a blessing or a curse to the United States of America and the world? Only God knows the right answer to this question.

For now, we have to settle to this one conclusion:

There is a higher purpose for Donald Trump rising to power in this most powerful nation on earth. As scary as this might feel or look, it should comfort us to know that God has a plan that He will reveal to us very soon. We hope this will be a blessing.

But it might also be a curse! So be prepared!

Today, I have partly answered the question, “Why Did God Allow Donald Trump To Win The Presidential Election?” Tomorrow, I will help us in speculating these higher purposes that God might have in plan. Pray for me as I prepare for this one.

1.     How did the result of this election affect you?

2.     Do you have any other Biblical examples where God used an evil person to accomplish His purposes?

3.     Do you have contemporary or historical examples where God used an evil person to accomplish His purposes?

4.     How does the conclusion of today’s devotion make you feel?

5.     How then should we respond to this unknown divine purpose for Trump’s Presidency?

Why Did God Allow Donald Trump To Win The Presidential Elections?

Even though we do not understand how this can happen or why Trump, One thing is clear from Scripture God has ordained Donald Trump to be the next President in order to accomplish His Own Purposes Here On Earth.