– Raila was on a voter mobilisation drive in Meru

Residents of Meru have been left in shock and surprise after a man was spotted hanging on the chopper carrying Coalition for Reforms and Democracy (CORD) leader Raila Odinga.

A has been spotted hanging on the helicopter carrying CORD leader Raila Odinga.

The man, who has not been identified yet, is reported to have sneaked on the helicopter carrying the opposition leader as it was taking off.

The dramatic incident occurred at Maili Tatu in Meru town on Thursday, January 26.

From photos and videos shared on social media, the man is seen sitting on the landing skids and waving to the people on the ground.

The man who has not been identified yet, is reported to have sneaked on the helicopter carrying the opposition leader as it was taking off.

Kenyans on social media have referred to the man as the Meru James Bond in reference to the Bungoma man who hang on a chopper carrying the body of the late controversial businessman Jacob Juma.

Raila said he is in Meru because residents supported him in the last General Election where he lost to President Uhuru Kenyatta.

Meru is regarded as one of the Jubilee strongholds in the country but Raila has continued to tour the region to fish support ahead of the August 8, 2017 General Election.

Below are some of the reactions from Kenyans after the incident. 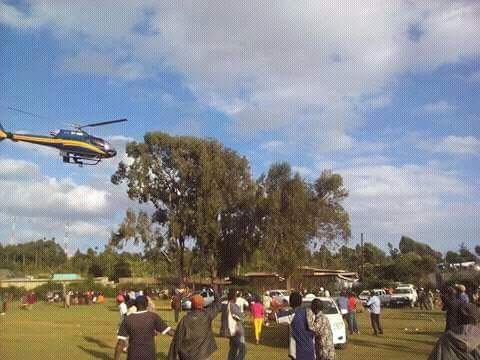 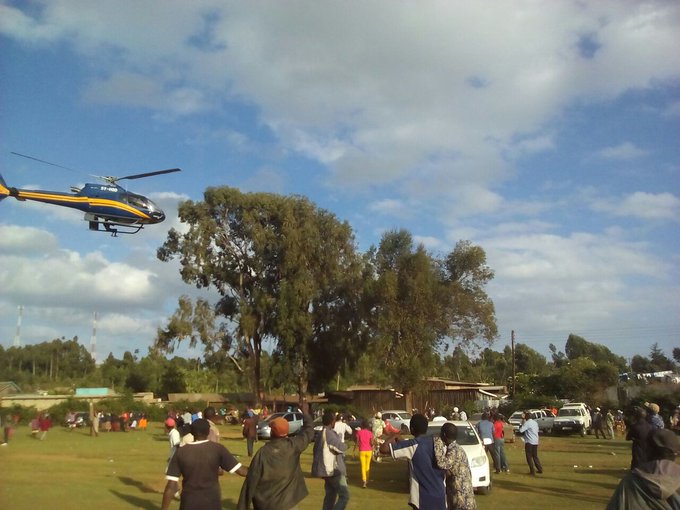 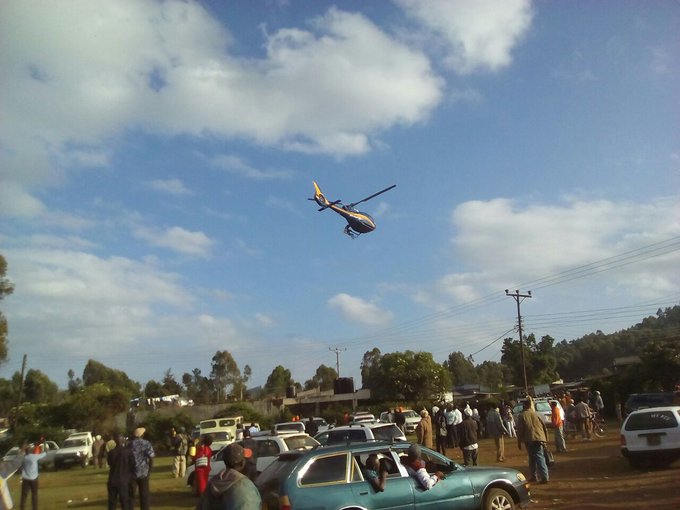